Zayn Remains in Awkward Musical Puberty With “iT’s YoU”

Just when the world thought Zayn Malik couldn’t possibly climb any higher on the popularity ladder, he left One Direction and became a pop enigma in his own right. The Zayn Train has been chugging along mightily for months now, fueled by hits like “Pillowtalk.” A Timberlake-esque evolution from boy-band heartthrob to mature pop artist has been hoped for, if not expected from Zayn—and his recent success suggests it just might happen. But for now, Zayn is stuck in an awkward musical puberty, which forced attempts at maturity ultimately threaten the quality of his work.

The story in the “iT’s YoU” (yep, that’s how it’s officially written) video is all too common: a tortured lover admires a beautiful girl from afar as she flirts with other men, all while she shoots him glances that scream “I’m totally into you, too.” No one would be surprised if this video was originally written as a Great Gatsby tribute, complete with elegant parties, a sophisticated but disgruntled male protagonist, and even a swimming pool scene. Taking no chances, the video embraces every imaginable cliche of dramatic unrequited love—from contemplative cigarette drags to cheesy black-and-white slow-motion shots. To remind us of the new Zayn’s edgy persona, a few unnecessary expletives are thrown into the otherwise mellow lyrics. The finest point of the song and video is the chorus, which is just striking enough to make you temporarily forget the lackluster verses.

It wouldn’t be unfair to question the future of this newly minted solo artist. At some point, his name alone will fail to propel him to the top of the charts and his music will have to stand by itself—and if the music continues to be average, that task may indeed prove difficult.

zayn
McCarthy’s ‘The Boss’ Is Brash, But Decidedly Dull
Kygo is “Raging,” “Broods is ‘Free,” and More in Singles This Week 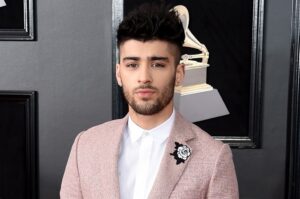