Home » Stopped Dead: Plaid Sneakers and the Importance of Subtlety 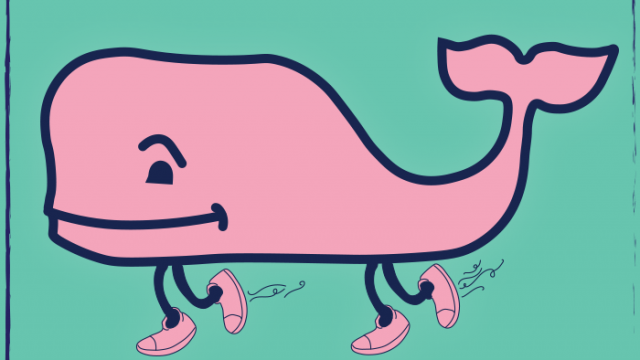 Stopped Dead: Plaid Sneakers and the Importance of Subtlety

Most of the time, I feel like I have to walk past store windows as fast as possible. If I slow down, I know that my resolve will weaken, and I will probably end up pulled into the shop, drooling over whatever was in the window. This ultimately means that there are very few window displays that actually have the power to stop me in my tracks and say something along the lines of “wow.”

Many times, the abrupt halt occurs after I see a display that is truly beautiful in and of itself. Other times I stop because the items in the windows are so bizarre that I need a few seconds to process what they really are.

This past week, an instance of the latter occurred as I was ambling down the streets of Newton Centre. As I moved past the quaint shops, I stopped in confusion in front of a store dedicated to running gear—the kind of store that I can honestly say I am not naturally inclined to stop in front of on any day.

I was brought to a halt by the sight of two pairs of running sneakers prominently displayed on pedestals in the window. I honestly couldn’t tell you if there was anything else in that window at all, or if the display solely comprised these sneakers, that’s how eye-catching they were.

The sneakers in question were what preppy dreams are made of: the first pair featured a pastel red and blue plaid underneath bright-red piping, and the second pair the same plaid under a pattern of sky-blue piping. On the back of each shoe was a small whale—about the size of a quarter—smiling cheekily at me from behind the glass. The laces were, of course, coordinated to match the piping, and the insoles were covered in more of that same pastel plaid.

As I stared at the shoes, I was filled with a sense of dread and admiration. Dread, because I suddenly realized that I could be looking at the latest Boston College trend. I could see these sneakers scattered throughout campus alongside Sperry’s, Bean Boots, and all forms of Vineyard Vines. The admiration came as I thought about the abject confidence that it would actually take to wear these shoes out in public. Their bright plaid was so distinctive that the sneakers would clash with almost anything, so finding a way to style them that would be un-ironic and still appealing would require the utmost nuance and skill.

I tried to think up a few such options, and quite frankly, I was stumped.

Eventually, I walked away from the sneakers in sartorial defeat, but I couldn’t help but wonder where these shoes came from. Had Vineyard Vines decided to appeal to the atheleisure trend, and join the legions of brands making the leap into athletic clothing? But that couldn’t be, because the little whales weren’t pink, and Vineyard Vines surely wouldn’t withhold its trademark whale from a running shoe.

So I poked around, and discovered that the shoes were created by the Seattle-based shoemaker Brooks, in honor of the upcoming Boston Marathon. According to BostInno, the sneakers will cost $130, and are actually the second Boston-themed sneaker that the brand has created. The first ones were bright red, and covered in lobsters.

And apparently this tradition of running companies creating sneakers in honor of the Marathon is long-standing. Massachusetts-based brands Saucony and New Balance also designed Marathon shoes. Saucony’s were inspired by the MBTA’s famous Green line, and New Balance’s emphasized the high number of colleges in the area with what the company called “a collegiate color pallet.”

But isn’t it interesting that the two local companies were able to pay such a nuanced tribute to the city of Boston, while the out-of-towners latched on to such a stereotype? Because by now we all know that, despite how it might look from far away, there is so much more to Boston than preppy plaids and lobsters.