Home » How to Deal With Gun Control 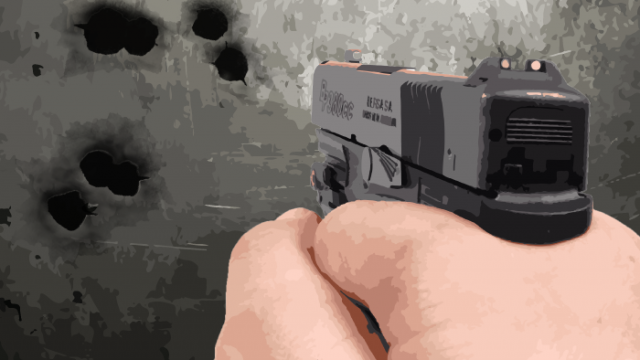 How to Deal With Gun Control

No one should ever have to worry about being shot while walking down the street, but in parts of the United States, that is the harsh reality. The laws have failed many. Legislators have often favored the expansion of individual gun rights despite an abundance of externalities tied to the sale of firearms to the general public. The U.S. leads the developed world today in the number of gun homicides and gun suicides per capita. The country can and should implement measures to prevent people who intend to harm people with firearms from obtaining them.

The failure of a meaningful majority of legislators to vote in favor of gun control legislation may ultimately be tied to inconsistencies in the public’s view. In 2015, Pew Research Center found that 85 percent of Americans favored “making private gun sales and sales at gun shows subject to background checks.” It is interesting to note, however, that when Pew asked about a popular piece of gun legislation failing in the Senate, 47 percent of people were angry or disappointed, and 39 percent were actually happy or very relieved.

The inconsistency is telling about the way that most people think about gun control measures. People generally support specific policy ideas like mandatory background checks and preventing suspected terrorists from purchasing weapons, but support is not nearly as robust when it comes to actually doing anything about it. Americans are well aware of the negative implications of the failures of current regulations regarding the arms trade, but are weary of actual gun control.

Like most other issues that appear to have simple solutions, the systematic problems facing true democracy in the U.S. are largely to blame. Following the trail of money can help show why legislative decisions have been made the way they’ve been. The corporate media has consistently ignored talking about the real issues facing the country because of conflicts of interest. The corporate media outlets are generally given to sensationalism and fear mongering. The result is a country with many misinformed people who aren’t willing to implement obvious solutions for fear of losing their individual rights.

After the New York Daily News interviewed Bernie Sanders this past week, the establishment media seized on his comment that victims of gun violence shouldn’t be able to sue the arms manufacturer. The news cycle revealed an intense dichotomy about the way that people view the gun issue. The prevailing attitude is that people are either anti-gun or pro-gun. People who support gun manufacturer immunity (and other measures) are demonized almost to the same level of the actual perpetrators of violence. Those who want reasonable constraints on gun purchases are seen to be against the Second Amendment, and people question when the “denial” of individual rights will end. This new normal precludes the ability of people to actually debate the nuances of reasonable legislation.

Allowing citizens to sue gun manufacturers simply because the product was used to cause harm is absurd. Take, for example, a car accident. If someone is injured by someone driving under the influence in a Chevrolet, the appropriate response is not to sue General Motors. But if people are getting hurt because GM installed faulty ignition switches in their cars and should have known that, then an appropriate response might be to bring GM to court. It is the person or people acting as the subject that should be held responsible for their actions, not some other entity that has no control over the situation.

The question still remains about what to do about gun violence in America. Common-sense measures like universal background checks and monitoring unusual arms purchases would help prevent the sorts of unspeakable acts of violence that the country has witnessed in recent years. Congress should eliminate the ban on studies of gun violence and public health implications at the Center for Disease Control so that lawmakers have better information to make decisions. But there is still more to be done.

While there are many laws that can be written to ensure people’s safety, the issue becomes even more complicated when it comes to people who partake in illegal behavior to obtain firearms. Many acts of gun violence are committed using weapons that were legally purchased directly from dealers or manufacturers, but were stolen by close family members or friends. These are the sorts of actions that the government needs to look at very carefully because there do not appear to be easy ways to confront these sorts of problems.

Regardless of people’s predispositions, polarization is not the solution. People’s lives are on the line. Legislators can and should maintain citizens’ rights to own firearms while still working to mitigate the threat of gun violence in the U.S.