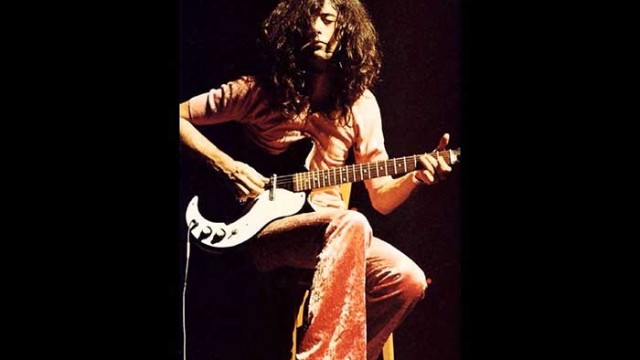 What makes a guitar player good in 2016 when the guitar in general is largely considered optional? For many years, concerned critics have lamented a perceived decline in the production of guitar-based music, or more specifically, guitar rock. There actually may be a little truth in this recurring concern. After all, how many guitar-based songs are currently trending on the charts right now? There may be a few songs with guitar arrangements added for texture, but for the most part, there isn’t really a big new guitar band that has popular attention.

The situation is perhaps a little unique. For the longest time, popular music proceeded forth from the same lineage that initially started with artists from the British Invasion. The late ’60s seem as appropriate a time as ever to designate as the founding point of the currently massive popular culture that exists in America. From this vein were born acts like Led Zeppelin, Van Halen, Nirvana, and Jack White. Each generation seemed to live out a unique, and context dependent interpretation of the basic rock and roll formula. As the culture evolved, so did the guitar players.

As we sit in 2016, however, it becomes increasingly difficult to pinpoint a guitar player that has captured the broader public’s attention. It’s as though rock music in general has finally realized that it’s not the only relevant genre in the cultural marketplace. This isn’t a bad thing. In fact, I applaud that a diversity of musical styles are being presented for popular consumption. This trend suggests that popular music may actually be reflecting the wide diversity within our actual society. Other genres like hip-hop and R&B are gaining popularity as a result of record labels featuring really talented and accessible artists. Regardless, new and exciting guitar-based music is happening right now for those willing to dig a little deeper. Bands with new ideas are constantly sharing new material to increasingly small and tight-knit communities.

We tend to be possessive about our tastes in music. For instance, everyone has a friend who still thinks Led Zeppelin is the best band ever—that there exists no possibility that anything being created now could ever be as good as that. I know I have a preoccupation with the ’90s and tend to venerate the culture of that era far more than our current one. My favorite guitar players, like Stephen Malkmus of Pavement, played in ’90s alternative bands.

All of this is totally fair and reasonable. But in a sense, I can’t help but think that my tastes were developed through convenience. It’s easy to see how people come to appreciate universally-accoladed guitar players like Jimi Hendrix or even Kurt Cobain. What more can actually be written about these kinds of figures? The very idea of classic rock serves to expose listeners to the works of these great artists. Whole swaths of magazines and other collections exist to reinforce the legendary appeal of these guitar heroes of the past. It’s all prepackaged and accessible to anyone with enough time to casually browse Rolling Stone.

Finding the next influential guitar player in 2016 will be a completely different task. You can’t expect to find him or her in the same mainstream outlets that are still attached to covering the glory days of the increasingly distant past. Coupled with the fact that rock music is losing some traction in the popular conscience, finding dynamic and new guitar-based music requires a willingness to appreciate bands that are just starting out. These bands won’t have the built-in mythology that surrounds historically well-known artists. Nonetheless, it’s easier than ever to find interesting new music on media like BandCamp and SoundCloud.

The best rock artists and guitar players in 2016 are going to be those who are able to take a broad survey of the historical trends in guitar rock that have existed to this point. They will be comfortable and familiar with certain aspects of traditional tone and style. Then they will take this working familiarity and subvert it. They’ll show glimpses of an accessible style and inject it with something new. It’s easy to think that everything has been done before. Our society’s tendency for nostalgia confirms this general attitude. If we can distance ourselves just a little bit from this bias, however, it becomes increasingly evident that guitar rock is changing along with our culture, just as it always has. 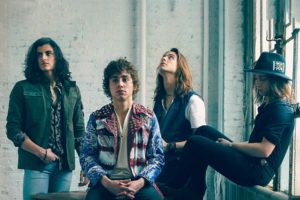