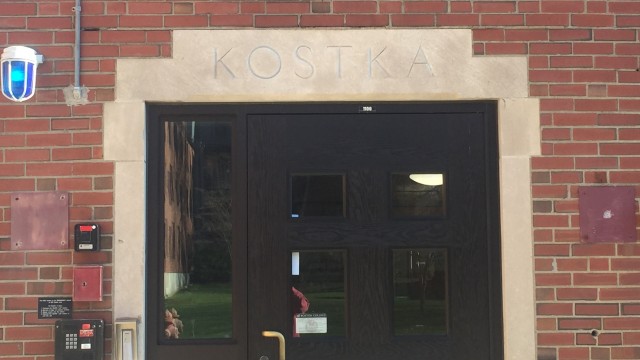 A report was filed Monday night regarding a suspicious person around Kostka Hall on Upper Campus. The man was supposedly attempting to look in windows from the outside of the hall, according to an email sent to residents of Upper Campus Tuesday night that informed them of the situation.

A student reported to the Resident Director, Samantha Gordon, that she saw a white phone pressed against the window to her room, Boston College Police Department according to Executive Director of Public Safety John King. Gordon then reported the incident to the Boston College Police Department. The report was filed about one hour after the incident.

BCPD responded and spoke with the student, King said. The department conducted a search of the area, but could not find the suspicious person. There is currently no description of the suspect.

A separate email was sent out to residents of Kostka Hall the morning following the incident, in which Gordon advised the residents to report any suspicious activity to BCPD. She also told Kostka residents to close and lock their windows, make sure that the exterior door to the building is locked, not let anyone that they do not know into the building, and walk with a friend at night for added security.

BCPD is also increasing patrols in the area.

“Your safety is of the utmost importance,” Gordon’s email to residents said.