A Curtain Call on Theater Etiquette

I was so excited.

I mean, my tights were itchy, the stiff black dress that my mom picked out for the occasion was way too restricting to run around freely in, and those patent-leather shoes felt fine until I walked more than two blocks in them. But in spite of my general discomfort and a less-than-ideal outfit decision (cheers, mom), I charged ahead of the others and marched bravely on through Boston’s bustling Theater District.

Clutching my ticket for Annie the Musical tight in my right hand, I imagined all of the wonders my first real theatre experience would behold. Costumes and choreography and intricate set design, oh my! It would be all the magic of Disney’s 1999 film that I grew up with, complete with talented show-biz singers and really cool lighting. We’re talking Little Orphan Annie in the flesh, belting out ballads about hard child labor and sleazy tyrant Miss Hannigan. It was the stuff of dreams, and the Boston Opera House’s marquee lights gleaming in the distance beckoned me to come inside.

Word on the street (or, at least at my kitchen table and according to my dad) was that a live orchestra would be stationed in some scary-sounding section called the “pit.” And, to add an even scarier element to the escapade, mom announced that we would need to dress up.

This so-called “theatre” sounded nothing like the theaters I was familiar with. Only the outdated carpets and worn leather chairs of movie theaters came to mind. After mom’s explanation that this type of theatre we were headed to was special—far fancier than our local movie theater, the Boston Opera House doesn’t take kindly to kids sneaking snacks in—I felt a little dejected about missing out on my theater snack of choice (Junior Mints and overly-buttered popcorn, obviously). Thankfully, though, I was assured that there would be snacks.

After processing this information as best as a kindergartener can, you can bet your bottom dollar my six-year-old self was more than enthralled by the theatrical glamour of it all. The menu for the night called for dinner and a show, and it did not disappoint.

This wasn’t Broadway, of course—comparing Boston’s Theater District to the Big Apple’s would be like trying to equate Jared Leto‘s joker to Heath Ledger’s. Morally, it’s just not right. For an aspiring entertainment enthusiast who couldn’t yet tell the difference between New York’s Broadway and our little city’s colorful Washington St., however, Boston’s comparatively tiny performing arts scene was more than fine with me.

Fourteen years later, I’m sitting in the same red velvet seats. Again, I’m wearing a dress paired with equally uncomfortable heels. This time, though, the teenage girl next to me sports a zip-up Sox sweatshirt and leggings. A group of tweens nearby chattered incessantly throughout the entire play. In the middle of the first act, my little sister tapped me on the shoulder and whispered, “Do you know when this thing ends?”

At the risk of sounding over dramatic, I was heartbroken. The theatre has always been an escapist’s paradise, a place whose gilded ceilings and dazzling chandeliers evoke a comfortable vintage feel of yesteryear. Fourteen years ago, people really cared.

As far as I can tell, going to the theater used to mean a whole lot more to people than it does now. It was a special occasion you had marked on your calendars months in advance, not a time-filler for just another Friday night. Though the apathy I witnessed from those audience members around me was certainly not all-consuming—a handful of others were just as enthralled by the show as I was—the dream-like feel of theatre had diminished at least a little bit.

Like a lot of things these days, I guess, the theatre experience just ain’t what it used to be.

a mclaughlin minute
BCPD to Increase Security on Upper Following Sighting of Suspicious Person
‘The Jungle Book,’ AHANA’s Showdown, and ‘Guys and Doll’ This Weekend in the Arts 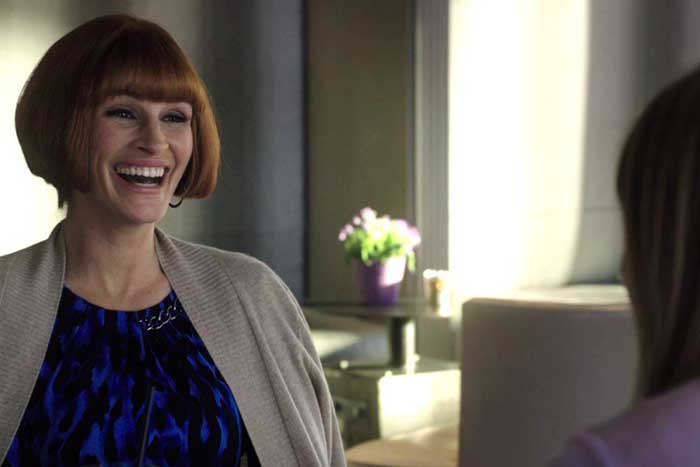