Home » Saving the Original BC 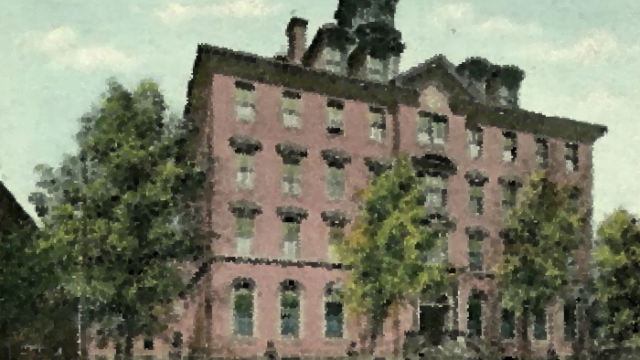 Saving the Original BC

Recently I traveled to the South End to visit Boston College’s roots for a writing workshop. My destination was the original red brick schoolhouse on Harrison Avenue that housed BC from its founding in 1863 until the historic move to Chestnut Hill half a century later.

Now, both the former Jesuit residence and schoolhouse are luxury condominiums and apartments. For a cool $2 million you can live in a unit constructed out of the former gymnasium. Half of that will buy you a 1,400 square-foot two-bedroom condo in the same building. These numbers display the tragic irony of the situation and, moreover, they raise a broader question about how we as a society value historical landmarks.

Industry and necessity gutted the innards of BC’s humble original campus. Classrooms originally designed to educate Boston’s poorest now house some of the city’s wealthiest. The simple red brick facade stands, but holds no trace of its original spirit behind the heavy doors and dormer windows. And it is desperately hard to tell whether this is a blessing or a curse. Is the schoolhouse now simply a zombie propped up by the exploitation of its historical value? Or has it been saved, at least in some part, by a renovation that generated jobs and revenue and continues to ensure the building’s existence in the world?

These questions are more easily considered when one takes into account the building next door. The Immaculate Conception Church was built by Fr. McElroy at the same time he was building BC, attempting to provide a stronghold for the poor Irish-Catholics of Boston. The church remained a central figure in BC history for years after the move to Chestnut Hill, until travel to the South End became impractical, especially after the completion of St. Ignatius Church. Now it stands as an abject derelict, chain-link fencing running around its perimeter and hemming in the overgrowth. Windows are boarded or cracked and the exterior walls are pitted in more than a few places. The last Mass in the church was held in 2007, and it was sold in 2013 with the intent of renovating it in much the same way as the schoolhouse and Jesuit residence. The exterior of the building is a national historic landmark, but its interior is up for grabs. Fifty-four apartments are planned to someday stand where parishioners once practiced sacred rites, as has already happened with two other South End churches. And while that may seem like sacrilege, is it any worse than the church’s current undeveloped state of dereliction?

So I had to ask myself which fate I prefer, the immaculately kept exterior of the former BC, or the dilapidation of its undeveloped former church. Though it arouses some indignation to see the schoolhouse inhabited by people who probably don’t fully appreciate the historical weight of their dwelling, it is hard to deny a preference for the former. BC’s first building doesn’t have the luxury of being a national landmark. Given the years and distance between modern BC students and the South End campus it might hardly even qualify as a landmark to us. By all rights it could have been demolished to make room for a significantly larger condominium absolutely devoid of historical value. So it is something of a miracle that the building remains at all and that some 150 years after its completion a BC student can still take a pilgrimage to it. And while my heart of hearts would prefer that the building still held some proud connection to the University, be it as a museum or the home of the BC Club, I realize this is mere fantasy. Realistically there are neither the funds nor the inclinations to foster that vision, and in any case the red-hot housing market of the South End would not justify it.

So we are forced to face the fact that developers saved our former home and if they profit off the historic nature of the building then it is only just. It would decidedly not be better that the building was demolished and lost to history. It is a boon just to be able to visit the relic, to see the steps Fr. McElroy and Gasson once climbed or just to stand in the courtyard where our predecessors relaxed. I encourage you to go visit the old building and experience the tangibility of history, even in a place that has been repurposed and redeveloped into something new. 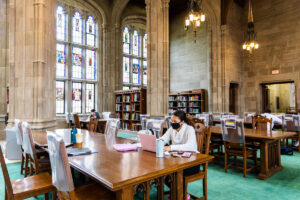