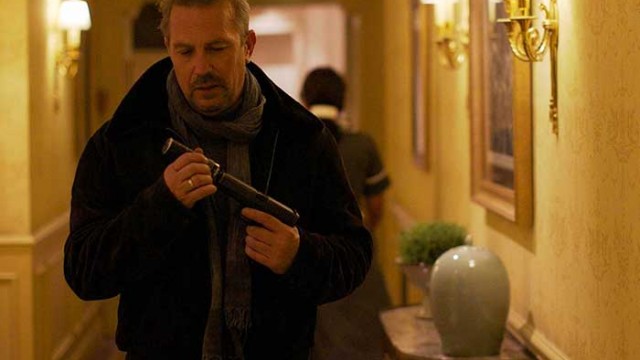 Vapid Story Leaves Viewers Bored and Behind Bars in ‘Criminal’

Tired, predictable, and unquestionably weak, Criminal is a disappointment, but not a surprise. Unfortunately, there’s not much more to say than that—Ariel Vroman’s latest work is just…bad. And, yes, there’s a whole host of technical reasons why this is the case, but there’s no getting around the fact that Criminal simply isn’t fun to watch. Of course, good films are not necessarily required to correlate with the “fun factor,” but when the movie is marketed as an action-packed, high-octane thriller, audiences are in store for a big disappointment.

Criminal stars Kevin Costner as Jericho Stewart, a death-row inmate who has his memories replaced with a deceased CIA agent’s so that he can complete the agent’s final mission, which the agent failed to finish. Does this premise sound incohesive and potentially frustrating for the audience? Bad news: it is. At the heart of Criminal is extremely fractured writing, which serves to splinter the story into various shards of action, character development, and storytelling. How these pieces are supposed to fit together is obvious, but they never truly slide into place to form an enjoyable, complete film. Actors stumble through their parts, not because of incompetence, but a mere lack of material to work with—this is an especially sad reality given the exceptionally stellar cast that Criminal has.

Costner, talented as he may be, does not make for a convincing anti-hero. At this point in his career, he is far too intertwined with his Field of Dreams, “good-ol’-boy” charm, and it rubs the nature of his character in all the wrong ways. Ryan Reynolds is nothing more than mediocre, standing in stark contrast with his big hit this year, Deadpool. This is mostly irrelevant anyway, considering his minimal screen time. In fact, Criminal tragically underuses its cast across the board. Tommy Lee Jones has one of the more enjoyable performances in the film, but barely makes it into the final cut. Gal Gadot falls into much the same trap—audiences spend the entirety of Criminal waiting for her to deliver at the level she typically does, but her performance never seems to come to completion. Gary Oldman is perhaps the only major star besides Costner that is used properly, but once again, his efforts this go-around fall rather short compared to previous work.

On the technical end of the film, some proper strides are made: for example, the cinematography, done by Dana Gonzales (Crash, Iron Man 2), is the high point of the movie. Shots are wonderfully crafted, and nearly every action scene, while violent and flashy, is simple to follow without becoming worn out. It is clear that Gonzales has a talent in the area of shooting chase scenes, as these are the best elements of Criminal’s action. The score, by Brian Tyler, is passable, adding to the experience while not being overly distracting. In its production, Criminal makes a fair run at being a good film, making it all the more unfortunate that its writing is so laughably weak.

Criminal, at its core, is simply seeking to be something that it isn’t. Vroman’s inspirations are obvious: The Bourne trilogy, Die Hard, Mission: Impossible, and every other hardline action film that seeks to have a brain on the side. And therein lies the problem: Criminal has no brain at all. And not for a lack of trying, either—its premise is original, but it’s executed so poorly that any joy derived from watching the film comes in extremely small quantities. If at all. It does its action right, yes, but with no substance to back it up, the entirety of Vroman’s work just falls flat. Criminal is an exercise in stupidity, proving yet again that explosions without stories are entertaining to no one.

kevin costner criminal
Settling In, Seething, and Sex Make for a Beautiful ‘Catastrophe’
The Thumb in the Rye