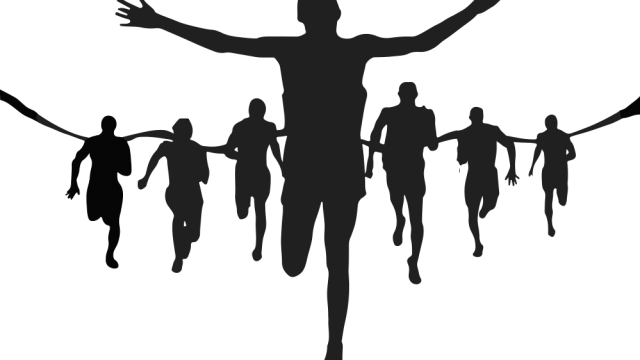 Running From Burnout: Can Boston Sustain Such Fast Paced Innovation?

The longer I’ve spent in the Boston area, the more I’ve been continually shocked by the sheer amount of creativity that exists within the city itself. It often seems like Boston is just a constant stream of brand-new startups, restaurants, exhibitions—the flow is endless and, when I think about it, it takes my breath away.

I mean, Boston even has an official Innovation District, an initiative spearheaded by the late Mayor Thomas M. Menino to convert the South Boston Waterfront into what the organization’s website calls “an urban environment that fosters innovation, collaboration, and entrepreneurship.”

And even though BostInno pointed out that Boston Mayor Martin Walsh, WCAS ’09 seems to have stopped using the title ‘Innovation District,’ or saying much about the initiative at all, the area still has a certain spark.  It is now home to General Electric’s new headquarters, and is teeming with popular restaurants (anyone been to the Bee’s Knees or Bon Me?), and lively spaces such as the Lawn on D, which currently houses a glowing swing set that is hypnotic for both small children, and people of all ages with the hearts of small children.

But there is a part of me that can’t help but wonder how sustainable this kind of manic innovation is in the long term. Part of the beauty of living near a city is the exposure to new opportunities and advice, but how many mobile applications and earth-shaking dining experiences can a city produce before the ideas just become recycled trends? Creativity definitely isn’t finite, but people have been around for a while now, and in the close confines of a city, how long can they keep generating new ideas that blow the rest of us away?

This question really began to nag at me after I spoke with entrepreneurs who, although relatively new to the startup world, were already well versed in the industry’s fast paced and competitive nature, particularly when speaking of the industry in the context of Boston. They mentioned the importance of getting a product out into the open as fast of possible, and worrying about working out all the kinks and imperfections later.

Unfortunately, this intense competitive nature actually makes sense the more I think about it. In any major city, and Boston certainly is one, people live on top of each other. In our packed quarters, we not only see an impressive amount of ideas and resulting success, but also feel a pressure to perform and live up to that standard.

In some sense, this pressure is one of the factors that must make cities like Boston such hubs for creativity and innovation. Just like students who wait until the last minute to finish an assignment, some people relish in the adrenaline rush that the pressure brings, even believing that it helps them produce infinitely better results. But pressure demands that we work with speed, and that culture of a quick turnover, which is becoming ever more normal, is what worries me.

For some minds, this high-pressure climate might be useful for a period of time, but I am not sure that it’s sustainable in the long term. Take the fashion industry as a recent case study.

In the world of clothing, the consumer demand for new, trendy items is constantly increasing. This pressure has resulted in the boom of fast-fashion retailers (think Zara and H&M), but the designers of major design houses are also feeling this pressure. Even designers and creative directors for established names such as Chanel, Dior, and Lanvin are pushed to produce over six collections a year with a kind of speed that has pushed many designers to leave their positions after only a short time. These designers have lamented the danger of burnout, and have called for greater change within the fashion community and consumer culture. But so far, no action had been taken.

What this means for Boston, I don’t really know, but Walsh cannot abandon the Innovation District. A safe space for creative minds to come together in harmony might be an answer for the modern question regarding the fast pace of life. Who knows, it might even set Boston ahead of the pack.