Home » SafeHer: A Ride Sharing Service For Women, By Women 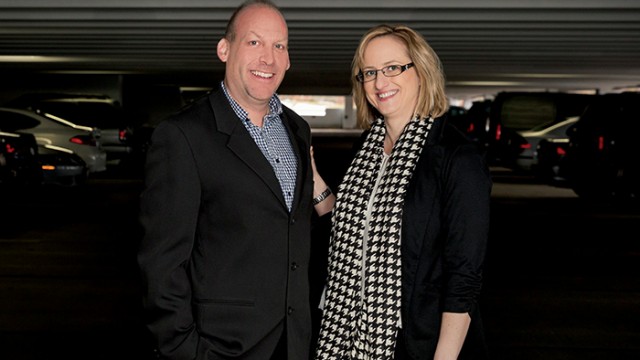 SafeHer: A Ride Sharing Service For Women, By Women

After experiencing stories of female mistreatment by Uber drivers firsthand, Michael Pelletz decided to found SafeHer, formerly known as Chariot for Women, as a new ride-sharing alternative for women, by women. The new service would exclusively employ women drivers and would only allow women, transgender women, and males under the age of 13 as passengers.

When Pelletz was an Uber driver in the Boston area, Boston College students were among his favorite customers. He recalls driving students to many locations, including the popular Tavern in the Square.

But Pelletz was motivated to found SafeHer after picking up a young man under the influence of illegal drugs and hearing stories of rape and murder of passengers by Uber drivers in the news. He also noticed that female drivers for ridesharing services were few and far between, especially at night.

He recalls hearing frightening stories from many young women, including BC students, regarding their encounters with Uber drivers. He immediately thought about what would happen if his wife or two daughters were in the situation.

“[Passengers] would tell me horror stories of getting hit on by Uber drivers, having Uber drivers lock the doors and tell them they couldn’t get out unless they gave them a kiss, or being [inappropriately] touched,” Pelletz said.

Pelletz and his wife created the name “Chariot for Women” in the early stages of the company. Due to the amount of attention and congratulatory phone calls the couple received, however, it decided to allow its customers to choose a name for the company, and Safeher was announced at its prelaunch party on Tuesday night.

Pelletz’ original plan was to launch in Boston last Tuesday, and then expand to New York and beyond, but due to its popularity, SafeHer will launch worldwide in the fall to better fit the demand. They decided to postpone its unveiling to the public in favor of a catchier brand name, and to ensure that the technology will be able to accommodate the millions of users they anticipate having on opening day.

Caitlin Ferris, CSOM ’19, believes that if other rideshare services had strict standards and fewer incidents, SafeHer would not be necessary. But she believes that SafeHer is needed due to past events in the news, including an Uber driver in Massachusetts who was sentenced to 10 years in prison after kidnapping and raping a passenger.

“I think an all-female car service is not necessary if the safety requirements for the co-ed companies are strict enough,” Ferris said. “There is consistent evidence that women feel unsafe in their driving experiences with male drivers.”

Pelletz contemplated events like that one and decided that the ridesharing industry could do better.

“That’s how Chariot for Women was born,” he said.

Pelletz was able to attract lots of interest in his company just nine weeks after the idea was formed. In the past week alone, 7,000 female drivers have signed up to work for SafeHer, prompting international press attention and television appearances around the world, including in China, Japan, and Australia, for Pelletz.

In an effort to get college students involved, Pelletz and his team have attempted to get university students to join the driver pool, an initiative that they hope to take nationwide in the near future.

Sarah Rooney, MCAS ’18, said that SafeHer sounds like a good idea, especially for women who truly feel more comfortable driving in a car with another woman.

“This may be a great opportunity to get more women into the industry,” she said. Rooney can picture herself using the service, especially if it is affordable and she has a positive experience with it, she said.

Pelletz has received a lot of positive feedback, including comments that he is doing something that no other company has ever done. He feels that making rideshares safer is his true calling, and therefore does not find the process to be laborious, he said.

“I’m just a regular guy from Massachusetts, and I’m so honored and it’s so humbling that this can happen,” Pelletz said. “[The process] has been seamless.”

In accordance with Pelletz’ selfless attitude, 2 percent of every ride that a customer takes will be donated to charity.  Users will be able to select from a large number of charities where their money will go—all before they even request their ride.

Looking forward, Pelletz would like to see the future of rideshare companies as safe and worry-free.

“Our five-year plan is that the other rideshare companies will follow our lead and make safety a priority,” he said. “It has to be a priority, and right now, there is too much greed involved.”

startups transportation Safeher
‘What Was the Best Part of Your Marathon Monday?’
The Rhythm of Love: See Your Heartbeat at Chestnut Hill’s Newest Exhibit