Home » ESPN Should Have Fired Curt Schilling a Long Time Ago 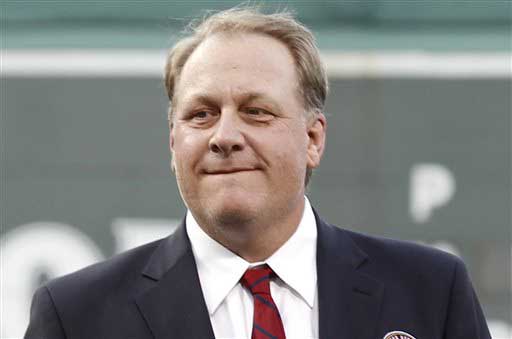 ESPN Should Have Fired Curt Schilling a Long Time Ago

Once upon a time, Facebook was a magical place where I could see my friends’ vacation photos and read their status updates. In middle school, nobody was posting anything controversial—except the occasional relationship update that sparked tons of drama. But nowadays, Facebook is different. My friends may still post vacation photos, but sandwiched between those snapshots and ridiculous “Tag a friend who…” photos, I have to see racist, offensive posts.

I’m sure everyone knows what I’m talking about. Everyone must have that person who just has to give their opinion on everything, even though their opinion happens to be incredibly offensive. Eventually you have no choice but to unfriend them and hope they eventually get it together.

The problems start when you can’t just unfriend or unfollow them and move on. Say, for example, that the person sharing offensive images is a public figure. Let’s take it one step farther. Say the person spewing hate is a former professional athlete with a big platform—a following to the tune of almost 139,000 Twitter followers and counting, not to mention a job at ESPN. Say this person has exhibited a pattern of offensive behavior without any semblance of a genuine apology. How do you avoid it then?

Once upon a time Curt Schilling was just a baseball player. Over 20 years in the major leagues, he pitched for the Orioles, Astros, Phillies, Diamondbacks, and Red Sox. He won three World Series—one with the Diamondbacks and two with the Red Sox. He was lauded for his pitching throughout his career, including his famous “bloody sock” game in the 2004 ALCS. When Schilling retired in 2009, he was called “one of the finest and most clutch pitchers of his generation” by MLB.com. Following his retirement, he was hired by ESPN as a baseball analyst.

During his career at ESPN, Schilling repeatedly landed himself in hot water for offensive statements. He established a pattern of outrageous behavior and offensive remarks without a real apology. There was no indication that he feels any remorse for the hateful things he has said and shared, and it is a disgrace that ESPN took so long to fire him.

Curt Schilling has been terminated by ESPN.

There was the time he compared Muslims to Nazis in a tweet. At the time, ESPN reacted by yanking him off Little League World Series coverage and later replacing him with Jessica Mendoza for all Sunday Night Baseball. “Curt’s actions have not been consistent with his contractual obligations, nor have they been professionally handled; they have obviously not reflected well on the company,” ESPN said in a statement. And so, for at least a little while, America was spared from listening to Schilling.

Of course, Schilling couldn’t keep his foot out of his mouth. On March 1 of this year—Super Tuesday—Schilling landed in hot water in an interview for his criticism of Democratic presidential candidate Hillary Clinton. During a discussion of Clinton’s email scandal, Schilling said he believes the former first lady and secretary of state “should be buried under a jail somewhere.” When his interviewer brought up Clinton’s past successes, Schilling dismissed them and said, “I don’t care what her titles are. She’s done nothing.”

Now, at first glance, this may seem less serious than his remarks about Muslims. Sure, it’s incredibly offensive, but why does ESPN come into it? Schilling is entitled to his own political views. ESPN policy, however, prohibits this kind of criticism and vitriol from employees during important election years.

Schilling’s latest gaffe came on Tuesday, when he decided to share his opinion on North Carolina’s controversial bathroom laws dealing with transgender issues and public restrooms. He shared an image—supposedly of a transgender woman—with a caption supporting the laws, which prevent transgender people from using the bathroom for the gender with which they identify. The photo reads, “Let him in to the bathroom with your daughter or else you’re a narrow minded, judgmental, unloving, racist bigot who needs to die!!!”

Schilling deleted the tweet, but continued to interact with people about it. He insulted people who disagreed with his opinion, calling them “idiots” and “clowns.” (One lucky person even earned the title of “dinkus.”) In his interactions, Schilling defended himself by saying that it wasn’t his post, a head-scratching move given that he did post it. Even if he didn’t create it, that doesn’t absolve him of guilt for posting it.

@peteforgets it's what you do huh? Look for ways to be offended, even if they aren't true, and scream about hurt feelings? #idiot

@rpmcq57 @espn @outsports really? That's not even a post I made you dinkus.

So there you have it—proof of Schilling’s repeated offensive comments. What’s worse is that he hasn’t shown to be remorseful whatsoever. Even when he was suspended by ESPN after his remarks about Muslims, Schilling didn’t really apologize. In a statement following his suspension from covering the Little League World Series, Schilling said, “Bad choices have bad consequences and this was a bad decision in every way on my part.” You’ll notice that he doesn’t include those two magic words in his statement. No mention of an apology at all. But even that statement looks acceptable when compared to his blog post on Tuesday.

“[F]or the love of God stop making crap up,” Schilling wrote. He directed his comments toward “all of you out there who are just dying to be offended” and criticized people’s responses to his post. “[I]f you want to be offended and have that offense be by something you THINK you interpreted or you THINK you heard, go for it.”

His blog post came off as another tone-deaf defense of his hateful statements. Far from his earlier statement, Schilling did not even try to act contrite. Instead, he attacked the people who found his remarks disgusting, arguing that they are easily offended. ESPN’s continued support of Schilling was mind-boggling. And yes—for every moment that ESPN didn’t fire him, the company showed support for him.

Curt Schilling was bad for ESPN, plain and simple. He’s bad for baseball. All he’s worth anymore is bad publicity. His offensive comments have outweighed his potential contributions. In defending him, ESPN showed that they accept his bigoted opinions. They literally gave him a platform to express his questionable views. He should have been fired last year, when he landed himself in hot water for his views on Muslims. He should have been fired in March, when he said he believes Hillary Clinton should be dead. He should have been fired immediately on Tuesday when he posted an offensive photograph about people who identify as transgender. I applaud ESPN for firing him on Wednesday, but even taking 24 hours to decide enough is enough is unacceptable.

On Facebook, you can unfriend and forget. In cases like these, it’s up to the employers to allow us to forget. We couldn’t just unfriend Schilling ourselves, but ESPN could have fired him months ago and taken away his national platform to spread hateful ideas. We can only hope that if, God forbid, another situation likes this arises in the future, ESPN doesn’t accept any of it. 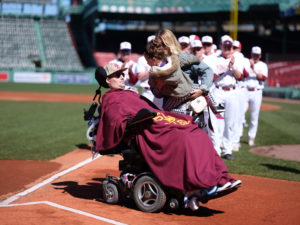