Home » Divestment is the Best Option 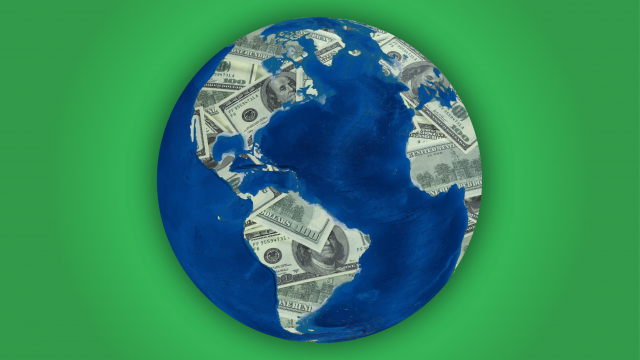 Divestment is the Best Option

Divestment is not the final answer to the climate crisis. The holdings of all American university endowments in fossil fuel companies account for less than 1 percent of these companies’ total market capital. No one actively campaigning to make this change believes that it will ruin the fossil fuel industry economically, and thus automatically lower the world’s greenhouse gas emissions.

But divestment cannot be considered in economic terms alone. It is more importantly a political, social, and moral movement that speaks to a vision of a just and sustainable world—and it is gaining traction among more and more students across the country. It is a step in a process that begins with saying that a fossil-fueled future that wrecks the planet is not one in which to invest. It is a bold first move, despite the staggering challenges humanity collectively faces and the fact that there is an unsure path of how exactly to solve it. It is meant to force a moral analysis of how our financial and political institutions are structured, and to introduce a foundational ethics of sustainability and justice for them.

Luckily for Boston College, the University already has a strongly worded ethic based on Catholic social teaching set down in its mission statement, which is meant to carry over into all aspects of how the University is governed. This includes how the University invests its endowment. The Ethical Investment Guidelines read, “In the management of its investments, Boston College reflects the ethical, social, and moral principles inherent in its mission and heritage. In particular, the University is firmly committed to the promotion of the individual, personal freedom, and social justice.” But how do these guidelines apply to climate issues? The leader of the Catholic Church provided a powerful answer to this question with the publication of Laudato Si last summer. In recognizing the immeasurable value of the world’s natural resources and the market’s inability to justly protect these common goods for all humanity, Pope Francis’ encyclical unequivocally calls for purposeful action to combat the ills facing the planet today.

Specifically, he writes, “Here too, it should always be kept in mind that ‘environmental protection cannot be assured solely on the basis of financial calculations of costs and benefits. The environment is one of those goods that cannot be adequately safeguarded or promoted by market forces.’ Once more, we need to reject a magical conception of the market, which would suggest that problems can be solved simply by an increase in the profits of companies or individuals.” BC is just one of the entities that continues to make profits from companies that literally fuel the wrecking of the environment.

This statement calls for radical action in that it asks believers to reject the socioeconomic orthodoxy that places profits over humanity. In fact, the changes that BC would have to make to completely divest from fossil fuels would not harm its financial dividends because global energy equities have not outperformed other investment categories since 2012, according to a 2014 report by Cambridge Associates, a financial advising company to BC. This is even truer today with the current weakness of oil markets and the advancement of next-generation power technologies. Now is a powerful time for new momentum in this movement.

The divestment movement is not simply a campaign to end the use of fossil fuels. It is a call for reinvestment in the planet that provides all our resources, the reordering of the political and financial institutions that are too slowly addressing the climate crisis, and the reinvigoration of a social structure that places humanity and the planet over the pursuit of profits. How could this reinvestment work at BC?

Firstly, it involves the divestment of all University funds from fossil fuel companies or portfolios that contain these companies. In its place, BC can follow the call of U.S. Secretary of Energy Ernest Moniz, the 2016 Commencement speaker, to “double down on our clean energy innovation investments” and request that its funds be reinvested in companies focused on sustainable technologies or renewable energy.

Secondly, it means that the University can reinvest in the power of its students. This involves opening the processes of University governance to greater transparency and student input. Societies lose so much potential when they let voices go unheard, and the University administration would gain greatly by allowing students’ energy and ideas to enter its systems.

Thirdly, BC can incorporate environmental stewardship into its strong programs of service to those most in need. Society must recognize that ecological issues are human issues and vice versa, and this is best learned through direct encounters with those most vulnerable, in this case the planet and people affected by environmental disasters.

The divestment from fossil fuels at all universities will not leave much of a mark on the industry. Rather, this decision is steeped in powerful symbolism that sends a message to the country’s political and economic elites that the next generation of world leaders, as well as the powerful centers of knowledge that bring them together, is calling for the swift divestment from a system that profits off the exploitation of the planet and the silence of the world’s most vulnerable, and demands in its place purposeful reinvestment in a sustainable system that safeguards the world’s resources over profits and empowers all individuals to have their voices heard.