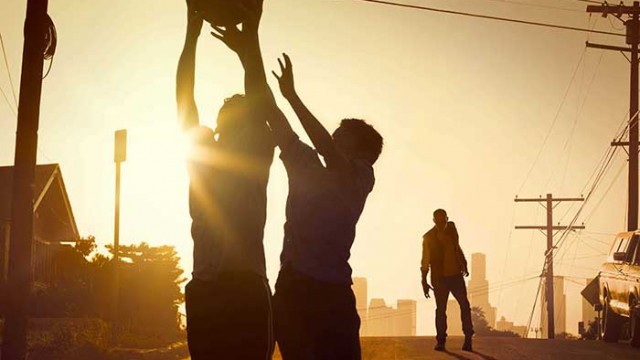 Over the past 20 years, American society’s obsession with the dead returning to life has increased tenfold. Zombies are at the forefront of pop culture, and there is no greater evidence of this than the coexisting television shows The Walking Dead and Fear The Walking Dead. Unlike the former, Fear The Walking Dead does not have the benefit of prior source material, meaning that it is blazing new plot trails for AMC’s zombified empire. And with the recently announced 43-percent increase in viewership for the latest season of the show, it is easy to see why Fear The Walking Dead has been renewed. Of course, therein lies the big question: why and how does it maintain such a large viewer base?

The answer to this question, unfortunately, is difficult to uncover. It certainly does not lie with the writing of the show, because much like its big brother, The Walking Dead, Fear struggles to offer a believable skeleton story that fleshes out its characters. The spin-off explores the origins of the living-dead apocalypse that wrecked the world of The Walking Dead, but with very little of the gumption normally offered in the creations of Robert Kirkman, the writer of The Walking Dead’s comics. Fear The Walking Dead feels skewered by its own normalcy, an ironic twist for a television program seeking to depict the very downfall of normalcy.

A perfect example of this paradox is the plotline of the first episode of the show—fleeing the apocalypse by boat. Especially for a television show set in Los Angeles, making a run for the coast is not particularly compelling. Both Walking Dead shows explore the lives of characters rather than the world around them. But still, there is no denying that setting sail to flee the apocalypse is not an original or interesting idea.

Perhaps, then, the popularity of the show lies with its actors and actresses. This is the more believable scenario—AMC, for all its flaws, has an undeniable knack for finding the best and brightest of unknown talent. Cliff Curtis, playing Travis Manawa, is arguably the star of the show in terms of ability. Though he does not maintain center stage with much consistency, it is clear that his acting prowess matches the higher elites of Hollywood. Kim Dickens as Madison Clark and Frank Dillane as Nick Clark make strong backing performances as well, proving once again that a strong cast of characters may not save a show, but they undoubtedly improve it.

Colman Domingo, as Victor Strand, is the definite sleeper cell of Fear The Walking Dead’s cast—known for his working in Lincoln, Lee Daniels’ The Butler, and Selma, Domingo is unaccustomed to work on a television program, but he makes the transition flawlessly. His talent, combined with the refreshing inclusion of many new cast members, makes for a rather enjoyable cast all around.

Those who are attentive to cinematography will also find reason to keep tuning in every Sunday. Though it may not carry the visual mastery of its predecessor, the color palette of Fear The Walking Dead is still appealing. Glowing yellows and oranges make for a nice backdrop to the impending doom of humanity. As it goes with visuals, so it goes with music as well—the score of Fear delivers in the highest degree.

Much like The Walking Dead, Fear The Walking Dead has the inner workings of a good show. Though the writing struggles a good deal, the minds behind the magic are strong, meaning that Fear very much has the potential to become a household AMC classic. As the situation currently stands, the truest fans of the show will be the ones already invested in the worldbuilding of Kirkman’s original masterpiece, and truthfully, this is an acceptable reality. Pulling in 3.5 million viewers a night is no small feat. Problems fester, however, if they are not solved. If Fear The Walking Dead is ever to find success like a litany of AMC’s programs that have come before it, it must shore up its errors in writing and originality, or else it will go the way of the world it depicts—straight into the fire.

ONE COMMENT ON THIS POST To “‘Fear The Walking Dead’ Champions Capable Cast, but Remains Rather Mindless”