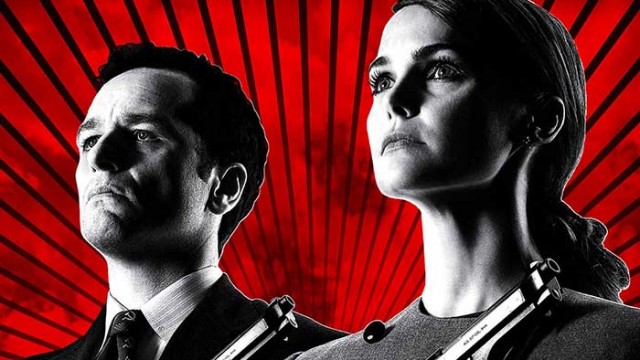 Early in “The Rat,” the most recent episode of The Americans, Phillip turns to his gruff, scientific operative William. Phillip doesn’t look too good. Matthew Rhys’ rogue, Welsh good looks have leaned more and more rogue-ish this season. William, played with a certain boredom by Dylan Baker, sighs. These are the quiet moments in The Americans, the moments just before a character mutters something inessential that speaks of truth, the show’s webbed and intersecting conflicts.

“It eats you up inside … this job,” William sympathizes.

The job has become more and more difficult, to say the least. Things used to be simple and easy in the good old days. In The Americans, Phillip and Elizabeth are Soviet spies living in plain sight among the suburban whigs and wasps. They’re married to each other and to the cause. Their accents, cars, and even kids are all American. They carry out dead drops and kidnappings across D.C., and they’ve been at it for a while. The show explores, as many critics have noted over the past few years, the Cold War of the American marriage. Now, in the middle of its fourth season, The Americans is still one of the finest shows on television, hiding in plain sight like Phillip and Elizabeth.

In a nice suburban house, with nice kids and nice things, The Americans asks the question… who is this person lying next to me? Can they, can this refuge, save me from a job that might (metaphorical made literal in this case) kill me?

The tentpole operating principle of The Americans is marrying micro and macro tension, emotional and geopolitical stakes. It explores the emotional consequences of being a spy and not only being a spy, but being married to a spy. One of the main threads the past season and a half has explored, running along the uber-thread described above, is whether you can be a good spy and a good person. Phillip is trying. Elizabeth, played by Keri Russell, still carries a more Soviet disposition.

“The Rat” finds Martha, Phillip’s operative within the FBI counterintelligence office, compromised or near compromised. Phillip is also “married” to Martha, first for his cover, but now Phillip really seems to care for Martha. And if the FBI figures it out, questions her, then Philip and Elizabeth are blown. Show’s over. Phillip brings her in, and the FBI plans to ship her out as soon as possible.

The question Beeman and Gaad are struggling to climb is a simple one. How could our secretary betray us? How can Martha be good and bad?

While “The Rat” is surely a harrowing (in a good way) hour of television, it doesn’t have the spy craft that usually makes The Americans a wee bit of fun. Spy stuff is fun, but the show doesn’t seem to care for that side of the equation anymore. The Americans is brutal and stressful—a wallop to the gut and needle inching its way through your eyeball in the best way. And sometimes a nice car chase or bit of spy craft set to Fleetwood Mac or Genesis can be rewarding for the viewer.

In the beginning of the season, the Jennings were forced to bring a sample of Glanders (a horrible chemical weapon) into their garage. It was a perfect metaphor to start the season—Phillip and Elizabeth bringing poison into the home. And much of the fun—maybe not fun—tension of the season has been to see how in even subtler ways the work Philip and Elizabeth affects the home. And one has been Phillip’s idealism. Can I be a good spy and a good man? And the answer has been a resounding no. And Martha is surely “the rat,” the informant. But she’s also the tragic, unintentional subject of Phillip’s trial-but-mostly-error with this new way of living.