Home » Finding Myself in Korean Dramas 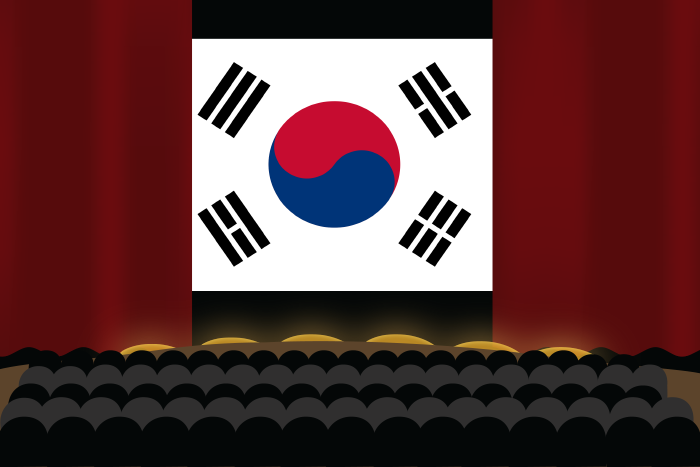 Finding Myself in Korean Dramas

My favorite Korean dramas are the ones where pompous, rich men unintentionally fall for jaded, poor girls without verbal filters, passionate political revolutionaries fall for the misguided members of the oppressive elite society, or two people who hate each other enter a fake marriage contract to fool their nosy, unsuspecting parents, accidentally falling in love in the process.

None of these concepts are realistic, to the point where I’ve been advised to stop watching them or I’ll never settle for an actual human relationship. According to most, the point of these dramas is that “they fall in love”—because of course, inevitably and beautifully, they do. But in truth, most of the time I don’t watch dramas for the love story. I watch them because they depict my other life.

I’ve heard every grievance about Korean dramas—they’re contrived, they’re immature, they’re positively formulaic. These complaints are typically about the prescribed predictability of dramas, which I won’t try to deny today. It’s true—in scope and in matter, the K-drama narratives resemble 19th-century tropes: missing children, poor orphans, mysterious benefactors, self-sacrifice, sudden changes in fortune, fatal diseases. But these stories aren’t meant to revolve around the question, “What will happen?” Instead, the stories are propelled by the question, “How will it happen?” How will the main characters meet? What will be different? In this sense, they’re just like the reimagined Western tales Americans love (Game of Thrones, Lord of the Rings, Pirates of the Caribbean)—but this time, these stories star people who look like me.

I’m grateful to America. I’m grateful for the freedom to talk about sex and femininity, discuss politics and human rights, and experience Five Guys and Marathon Monday in ways Koreans culturally would not. But there is the fundamental, inescapable truth that I have always been an “Other,” from the moment I was born in a hospital in small-town Binghamton, New York, in 1996. I was called “flat-face” in middle school and made fun of for my small eyes. I’ve been asked if I’d ever eaten dog and whether any Asian woman who walked by was my mom. At every stage of my 19-year-long life, it’s always been difficult to fit in, and it’s a conscious effort every day to have to do so while still holding onto the cultural roots that I’m so proud to have. I am both Korean and American, and I don’t know what I would be without one side. This is, of course, the lot of the Korean-American, and it’s one familiar to all who hold that title of both honor and hardship. The second word is just as important to our identity as the first.

But it also means I, as a pop-culture consumer, have very little to go by in terms of representation. American media presents an incredible absence of Asian faces, an absence that I think contributes directly to that marginalization. Thankfully, many pioneering Asian-Americans (Arden Cho, Steven Yeun, John Cho, Constance Wu, etc.) have somewhat eased that deficiency, but it takes only a bit of watching Hollywood to see that Asian faces are not very relevant in American pop culture—an upsetting revelation for girls like me, grown up on insecurity and low self-esteem.

For me, Korean pop culture rushes in to fill that void of relevance. In these casts of fellow Koreans, I see and relate to a world that I can visually and culturally identify with—the same way I fail completely to understand the jokes in Bob’s Burgers (“Linda is exactly like my mom,” said a white high-school friend of mine, while my first-generation immigrant mother is nothing at all like Linda Belcher) or even the nationally treasured ’90s show Friends, in which every one of the primary characters is straight, white, and deals with what comedian Louis CK calls “White People Problems.” In K-dramas, I watch my own people engage in an ecosystem in which they are the main characters—not a token sidekick, not a stereotype, not comic relief. Seeing them confidently perform great feats of talent is a validation of my ethnic identity.

In itself, though, dramas are fun for what they are: fun. Non-Koreans that I’ve met sometimes talk to me about their favorite Korean dramas, and I love more than anything to discover that we have something in common. We both adore the stories of characters overcoming societal obstacles and finding themselves, of enemies getting revenge, of families growing together. But there is a real sense of luck I feel when I know that I understood a cultural reference because I am who I am, simply because I am Korean—to know that I know what convenience-store kimchi tastes like and why saunas are so popular and the dialectal differences of people in Seoul and Busan. I relate to these jokes, and I understand them, something I don’t get in America, when Hollywood refuses to realistically and legitimately represent my race.

Being a Korean-American means confronting issues of race and identity every day, from the moment I wake up to the moment I go to sleep, and sometimes even in my dreams. Immersing myself in Korean dramas is my avenue to connect with the culture I consciously cling onto, while doing my best as an American citizen in Boston. I know I’m here because my parents wanted a better life for themselves and for me, but those were choices outside of my control—all I can do now is reconcile with it, and think about how I can make fruit juice with both pears from Korea and lemons from America.