Home » Seventh-Inning Rally Not Enough For Eagles at Providence
Spring

Seventh-Inning Rally Not Enough For Eagles at Providence

Spring seems to have finally sprung in New England, which meant clear skies and warm weather awaited Boston College softball as it traveled to Providence, R.I., to take on a regional rival, Providence College. With the bulk of the spring season in the rearview mirror, BC (24-21, 7-8 Atlantic Coast) looked to build upon a successful season with a win over Providence. The game was close throughout, but the Friars (17-26, 2-12 Big East) snuck away with the win at Glay Field thanks to some heads-up baserunning plays, along with some Eagle errors. A late BC surge in the top of the seventh challenged Providence’s lead, but would leave the Eagles just shy of a comeback with a final score of 7-6.

Jessie Daulton managed to get on base early, but that was all for the BC bats, as they couldn’t muster up any more offense at the game’s start. The Friars were first to strike in the bottom of the first. After managing two quick outs, BC pitcher Jessica Dreswick surrendered her only run of the day on a hit by Providence’s Julianne Rurka. But Providence’s momentum ended there after a pop up closed out the inning.

The second inning featured squandered opportunities for the Eagles. Megan Cooley hit an infield single to the shortstop and stole second to put herself into scoring position. But a fly ball hit out to center field by Jordan Chimento proved to not be deep enough for Cooley to advance, as she was gunned out at third trying to tag up. The third inning exemplified the level that the BC offense has been capable of playing at all season. Taylor Huntley replaced starter Christina Ramirez on the mound for the Friars after another Daulton single, but Providence found no relief. Though Daulton was thrown out at second while trying to steal, BC was put back in striking distance after a few walks put a couple of bodies on base. Primed to score, BC’s Chloe Sharabba sent a Huntley pitch sailing over the center field fence to give the Eagles a 3-1 lead.

The Friars didn’t stay down for very long though, and a big fourth inning helped them regain the lead. As Providence came up to bat, the Eagles called up right-hander Allyson Frei to come in relief for Dreswick. Frei walked her first batter, but was able to pick off Brittney Veler at second during a run-down to record the first out. But another walk and a Friar double set Providence up for a big play. It got just that in the form of a Kiki Baldassari grounder that was thrown away on the play to first, moving her to second, and scoring two runs. With the game tied at 3-3, Providence mustered up one more run on a single that scored Baldassari, the third unearned run of the inning.

The Eagles continued to shoot themselves in the foot as the game continued. In the fifth, an error in right field put another Friar in scoring position, and Providence grew its lead on a single by Paige Mulry. The sixth inning featured more scoring for the Friars. After an early walk, two doubles tacked on two more runs for Providence.

But the Eagles didn’t go down without a fight. In the top of the seventh, facing two outs and a bases-loaded situation, Chimento knocked a bases-clearing double to score three RBIs, putting BC back into the game. But a strikeout ended BC’s hopes of finishing the comeback, dealing the Eagles the loss by a final score of 7-6. 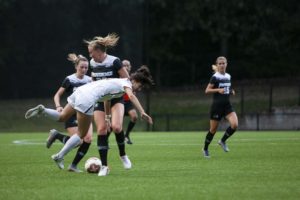 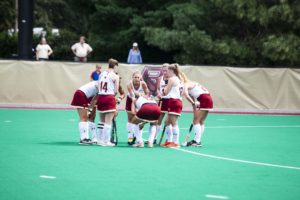