Home » Musical Theatre Wing Extends a Contemplative Hand in an ‘Ode to the 21st Century’
Arts, Music, On Campus

Arts Fest displays a grand propensity for variety through its art displays, dance throwdowns, eclectic songs, and a slew of other forms. This same variety is equally present in the individual shows themselves, as artists in these performances build, modify, and play off of one another, while striking distinct notes in their own rights. In Ode to the 21st Century, the Musical Theatre Wing offered up performances that fit seamlessly with the theme, while leaving plenty of room for individuals to carve their own standalone paths, serenading audiences with their unique styles.

Ode to the 21st Century reached for elements that span the emotional spectrum, touching on universal and intimate emotions grounded in 21st-century experiences. Each song pressed on in a different direction, while harkening to this overarching theme, giving a sense of cohesiveness and consistent weight to the entire show. Within each of the singers, the emotional conviction was displayed aptly throughout their performances, making each piece as soulfully charged as the last.

An early piece, “Run Away With Me,” performed by Sarah Whalen, MCAS ’18, evoked feelings of longing and hopefulness. Whalen’s voice carried the song softly and sweetly, speaking of running away, packing the car, and searching for a new place. Accentuating tenderly on the right notes and building up others, Whalen brought the sense of frustrations and yearning to the forefront of this rendition.

The subsequent song “Kindergarten Boyfriend,” performed by Alex La Torre, LSOE ’17, brought a different kind of flair in a tale of playground love. The quirkiness of the song was brought to life through La Torre’s voice as she recounted the simple history in song, exhibiting range when recalling the merriment of youth, while bringing her voice down to a more hushed tone as time continued in the story. The song harkens back to a time when love was less convoluted, when playground love was just called love.

Another song, “She Used to Be Mine,” performed by Lauren Strauss, MCAS ’18, laments the weight of the world and the changes that manifest itself on the person. As the song progressed, Strauss was able to convey the heartfelt story through a soft, yet pointed voice, wearing these emotions in and on every word. Strauss kept up the emotional tension throughout the song, building the sense of strife in her voice to a beautiful, yet sad conclusion. As a whole, the performance was about finding yourself.

Chris Pinto, MCAS ’16, added a quirky, engaging song to the setlist with his rendition of “Seeing You There.” The song recounts the trials of the city—a contempt of stale cupcakes and disgusting hippies—while relishing in the sight of one infatuating person simply standing on the street, waiting for a rendezvous. Pinto’s voice was full and gracefully filled the air around the stage. When the song slowed, Pinto’s delivery of shorter, humorous lines was impeccable.

Collaborative performances “Mama Who Bore Me,” performed by Jenna Corcoran, MCAS ’17, backed vocally by several other ladies of the MTW, and “If I Told You,” a duet between Brett Murphy, MCAS ’18, and Corcoran, incorporated the additional vocals well, blending where needed and separating during certain phrases to create more movement and range within the pieces. Within these songs, the vocal variety was shown in a sort of microcosm of the show as a whole, as the voices complemented and elevated each other, just as the distinct songs of the show did the same.

Ode to the 21st Century tapped into the pulse of the time as the Musical Theatre Wing showed that there are a multitude of stories that can speak to the sentiments and problems of our generation. Though the 21st century is vast and not nearly over, the feelings evinced by it will surely be felt by the people who live in it and those who will come after it, through the songs and notes left behind. 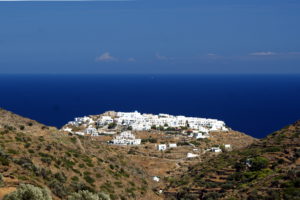