Home » Rwandan Jesuit and Ph.D Student Finds Home at BC 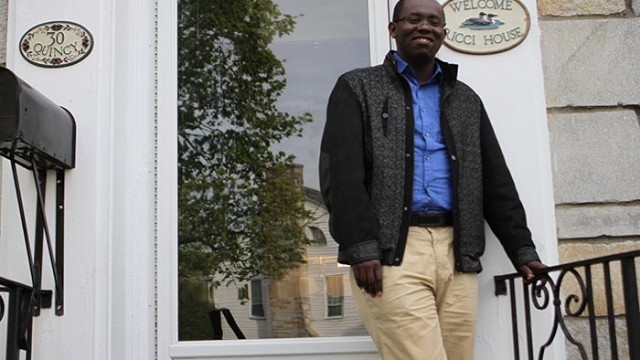 Rwandan Jesuit and Ph.D Student Finds Home at BC

Father Marcel Uwineza’s story is a long one, he warned early on in the interview. “I can spend whole nights thinking about it,” he added, fidgeting in his seat as he sat up straighter on the floral couch of Ricci House. He then started his 40-minute summary of his experiences in the Rwandan Genocide, and how he transitioned from being raised by Catholic parents, to hating the Church, and finally to dedicating his life to the Church.

Uwineza is a Ph.D. student in the theology department at Boston College studying systematic theology—a branch of theology that encompasses many different fields of the subject, he explained. While accepted into five other institutions, including Notre Dame, to pursue his Ph.D., Uwineza ultimately chose BC, even though he doesn’t like winter.

“This is a small place, but really a home,” he said.

Uwineza was born in Ruhango, Rwanda, and raised in a Catholic family. So, from a very early age, he was connected to the Church. His mother and father, he said with a reminiscent smile, helped the poor in his neighborhood by sponsoring many children to go to school. Some of those children, however, then turned against his family during the Rwandan Genocide, which began in April 1994.

“So sometimes the good we do is not returned, sadly,” he said.

The Church itself played a controversial role in the genocide, in fact, supporting an interim government which carried out an enormous amount of the killing—largely in the interest of supporting politicians with Church ties. This apparent moral sanctioning of the mass killing left Uwineza apprehensive about the Church and its intentions.

On April 13, 1994, his house was burned, and he was forced to flee with his mother, two brothers, and sister. His father had been killed already because of false allegations that he had been corroborating with the rebels of Kagame. His family sought refuge in a church, where the parish priest promptly kicked them out. But in hindsight, this may have been a blessing, as many people were killed in that very church the next day. He was able to survive because a man named Joseph Kabera hid him and his family in a beehive compound.

With bees comes stinging, and I couldn’t help but ask about this. We shared a laugh that promptly trailed off as he responded:

“The bees were more friendly than human beings at that time.”

During the genocide against the Tutsi, if someone was found to be hiding Tutsi by the militia (interahamwe), either he  would be killed together, or he could pay for his life to be spared. Uwineza’s family soon put Kabera in the danger of having to face this trade off, and decided to leave the bee compound upon learning that it would be searched the following day. He and his family left for Byimana. During the travel to the district office, his mother was seriously beaten and eventually killed by the militia.

Life seemed disposable. The mayor, fearing the militias would follow through with threats to bomb the place, called for transportation to take everyone to a cathedral. This may be the reason that Uwineza is still alive. At the cathedral, they were asked to show their identity cards, which displays one’s ethnic affiliation.

“If you showed your identity card during the genocide, basically you were selling yourself out,” he said.

While the priest in Byimana kicked his familyout of the first church where they sought refuge, the priest in this cathedral pleaded and paid for the Tutsi refugees’ safety. This priest risked his own life and saved Uwineza and his siblings. The compound of the cathedral, Uwineza sighed, was unimaginably crowded, unsanitary, and bleak.

“Life was unbearable,” he repeated.

He and his siblings endured this unbearable life for almost a month and a half, until June 2, 1994, when the rebels of Kagame came to rescue the surviving Tutsi. The rebels of Kagame were commanded by Paul Kagame, the sixth and current president of Rwanda, and ended the Rwandan Genocide against the Tutsi. While Uwineza was freed from the killers, he was “internally at war.” He called it the War of Hatred, this time when he hated the Church. Now, he said, he wants to help the Church in Rwanda, and the best way to do this is to work within the structure.

Though Uwineza had physically survived the tragedy that struck his country, he was left with hatred. He attended a Catholic school, Christ the King College, afterward. There, he met priests—wonderful, wounded, and some even contemplating if they should remain priests—for they had endured the unbearable as well, many losing their loved ones in the process. But there, he met an old priest who welcomed everyone, regardless of ethnicity.

Uwineza’s family lived across from the Jesuit community, so whenever he went home for Holy days, he would go to the Jesuit center. The men there, he said, were impressive, despite their own brokenness. He began to feel like he could be one of them.

“Their message of reconciliation, of trying to mend wounded people of all sorts, was central,” he said.

After Uwineza finished college, he joined the Jesuits. And afterward, during Holy days, something that shaped his understanding of forgiveness and God’s grace happened: He came face to face with the man who had murdered his siblings.

“When I first saw him, I thought this man was coming to kill me … but he came towards me, knelt, I wasn’t sure what he was planning, looked at me in the eyes, was confused, then he added words and said, ‘Marcel, can you forgive me?’” he said. “I stood there for quite some time, not knowing what to say. I found myself asking him to stand. And we embraced one another, and we shed tears. And all of the sudden I felt as if chains broke from my legs … . So that moment liberated me and probably liberated both of us,” he said.

Uwineza then began a new chapter of his life, embracing religion and forgiveness, propelled by his desire to help the Church in Rwanda.

The Church has instigated ways for the community to come together and communicate the tragedies that they have experienced, and has also helped orphans from the genocide and has built houses for the widows and the widowers of the genocide. Uwineza believes, however, that the Church must issue an official apology for the Rwandan genocide.

“The honest responsibility of the Church [is] to say ‘We probably failed in the evangelization process and we ask for mercy,’” he said.

He worked with prisoners who were suspected in participating in the genocide, and listened to their stories. He walked with killers he had hidden from, listened to their “woundedness” and confessions as a priest. He had also begun working with women who had been raped during the genocide. Many of these women had contracted HIV and AIDS. Through working with them within the Jesuit AIDS center and giving them counseling, they were able to give them access to medical professionals who could give them treatment.

Now, Uwineza is busy with his studies, having published more than 10 articles, and visiting different states in his free time. He has been to Illinois, California, New York, New Jersey, Pennsylvania, Vermont, New Hampshire, and even Iowa.

His goal is to help the Society of Jesus and the Church, wherever they send him, but specifically the Church in Rwanda, or, as he calls it, “The wounded Church of Rwanda.” Uwineza has also found passion in supporting the education of young and impoverished girls in Africa, operating under the maxim that, “if you educate a girl, you educate a whole village.”

“The genocide was one big page,” Uwineza said. “But there are many other pages I am writing.” 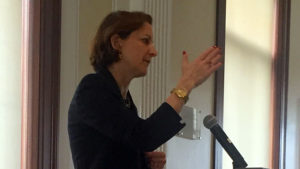 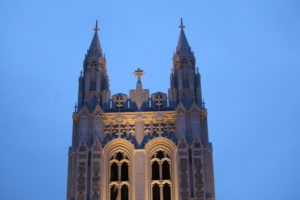 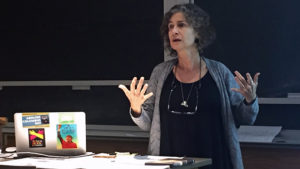