Home » Eat Like Your High-School Stereotype at The Breakfast Club 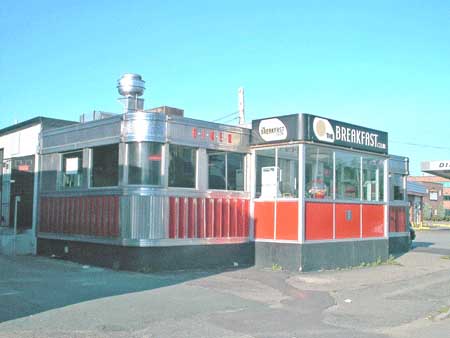 Eat Like Your High-School Stereotype at The Breakfast Club

The Breakfast Club is the place to go for those who believe not only that breakfast is the most important meal, but also the greatest.

The Breakfast Club, naturally, has earned a reputation for being the must-go-to diner for breakfast by locals and tourists alike, and it has essentially transformed into a landmark within the Lower Allston neighborhood.

The owner, George Athanasopoulos, opened the Breakfast Club 14 years ago. The diner business is in his blood—growing up, he worked at his uncle’s restaurant, the Diner in Watertown Square, and he worked late-night shifts as a side job.

According to the Boston Eater, shortly after Athanasopoulos purchased the venue for the restaurant, he and his former business partner met at a bar and brainstormed potential names for the new restaurant, such as the Diner, the Dinah, and the Breakfast Spot.

During the discussion, Athanasopoulos heard the song “Simple Minds” and watched a clip from the cult-classic film The Breakfast Club on the television screen, and the restaurant’s fate was determined. The popular film provided the inspiration not just for the name of the restaurant, but also for the featured items on the “Library Specials.” These include, among others: “The Jock,” an egg white omelette; “The Princess,” a belgian waffle; and “The Basket Case,” eggs, toast, sausage, and pancakes.

The Breakfast Club provides a transporting experience, in addition to a meal consisting of a selection of traditional breakfast favorites.

The Breakfast Club is everything you’d expect from a traditional ’80s diner, and more. Eighties memorabilia, vintage records, metal Aladdin lunch boxes, a vintage Atari 2600, and signed posters of classic ’80s movies decorate the walls above the checkered, black and white tiled floors.

“I just want my restaurant to keep improving,” Athanasopoulos said. “I have seen restaurants that get complacent … Food quality usually goes down, and I don’t want that to ever happen over here.”

In addition to the decor, the music invokes a charming and energetic atmosphere. All of the employees sing along to juke box tunes of ’80s favorites, such as David Bowie, Madonna, Duran Duran, Guns N’ Roses, and Huey Lewis. Even customers without a predilection for ’80s rock can still find themselves unconsciously tapping their feet to the tunes. It’s not surprising, given Athanasopoulos’ previous experience as a DJ.

Customers can sit at the counter and watch the chefs perfect the art of breakfast.

When Athanasopoulos isn’t behind the counter, he interacts with the customers, commenting on their choices on the menu. In fact, he has developed such close relationships with some of his customers that it has become commonplace for Athanasopoulos to pick up the tab.

The diner sources its organic and cage-free eggs from New Hampshire. The chefs cook up the corned beef hash, jams, and fries from scratch, and the diner only serves “real maple syrup” and freshly squeezed fruit juices. Among the menu of reasonably priced dishes (between $5.49 and $11.99), the “Library Specials,” milkshakes, banana-oat pancakes, fire bomb eggs Benedict, breakfast paninis, and Nutella waffles have become customer favorites.

The wide assortment of items on the menu can satisfy any craving and, for some fanatics, even justifies a visit during all seven days of the week. A stickler for quality, the Breakfast Club only uses fresh ingredients. But due to the limited size of the dining train and the diner’s popularity, customers should anticipate waiting for a table.

Paul King, the executive chef of the critically acclaimed steakhouse Davio’s and long-time Breakfast Club enthusiast, assists Athanasopoulos and the other chefs on the weekends.

Despite having five children, three grandchildren, and a demanding position at Davio’s, King devotes his leisure time at the diner because he “truly loves it,” he said.

Featured Image by The Breakfast Club

graduation guide 2016 The Breakfast Club
At Fenway, A Chance to Join Something Larger, Connect With Boston
Finding Spring in the City: The Blooming of the Pom-pom Tree 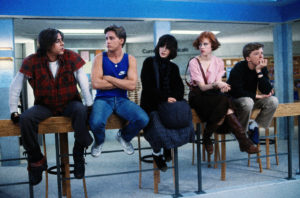