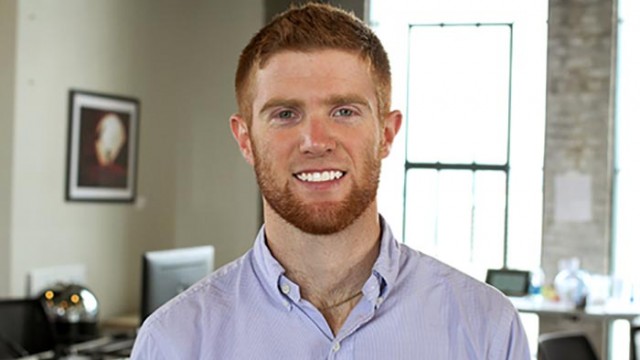 Jebbit CEO Tom Coburn, who dropped out of Boston College in 2013, is a semifinalist for the Ernst and Young Entrepreneur of the Year 2016 Award in the New England program, EY announced May 3.

The award recognizes entrepreneurs who demonstrate excellence and extraordinary success in such areas as innovation, financial performance, and personal commitment to their businesses and communities. Awards recognize successful entrepreneurs in various regions throughout the world—the awards are given out in over 165 cities in more than 60 countries.

The winner of the award will be announced on June 23 at a gala event at the Boston Marriott Copley Place.

“The semifinalists are a great, innovative group of entrepreneurs from a wide range of companies, demonstrating the power of Boston and New England as a startup hub,” Coburn said, according to Jebbit’s Web site.

Coburn’s company is a digital marketing platform that uses interactive content for its advertisements to engage the consumer. This interaction allows the company whose advertisement it is to have a better understanding of the audience its ads are reaching and how it can improve its marketing strategies. Jebbit’s customers include Dunkin Donuts, The Boston Globe, Tribune Media, and AutoNation.

Many of the people working at Jebbit, he said, either dropped out of BC to work at the company or took a job there after graduating, even though the pay wasn’t as good as some of the other job offers they received.

Last year, the co-founders of Jebbit, Coburn and Jonathan Lacoste, made it onto Forbes’ “30 Under 30” list, which annually recognizes the top companies, executives, and entrepreneurs in a variety of professional fields across the U.S. They were the youngest on the list.

“We’re working really hard,” Coburn said. “Whether we win this award or not doesn’t change the product that we’re bringing to the customer.”

The award, however, would offer the potential for more customers and partners, he said.

Coburn also said he appreciates the fact that EY, a large company, took the time to meet with each startup company to better understand what it is that they do.

“I’m really proud of the whole team,” he said. “I don’t view this as an individual award for me by any means.”