Home » How Boston Has Become a Real Soccer City
Metro

How Boston Has Become a Real Soccer City

Boston sports. Those are two words that in isolation evoke two very different images: the former brings to mind clam chowder (chowdah!) and buildings like the Prudential Center, while the latter conjures thoughts of hot dogs and thrilling athletic events. When those two seemingly separate and independent words are put together, however, they mean one thing: the Sox and their historic ground, Fenway Park. At least, that’s how it used to be.

David Beckham, Cristiano Ronaldo, Lionel Messi, Steven Gerrard, Luis Suarez—names that but 10 years ago would have brought about a look of confusion with a twinkle of familiarity on the faces of most Bostonians now bring forth the opposite reaction: understanding.

Soccer has slowly but surely grown from an essential non-factor in the American sports market that is focused almost entirely on the NFL, NBA, and MLB for decades (no disrespect to the NHL), into a major player in the country and the city. The usual critique of the inherent nature of the sport continues (cue the “What type of sport doesn’t let you use your hands!” and the “What! A tie?”), but many have now joined in the excitement that is taking the nation by storm.

Not only has Major League Soccer seen its stock reach all-time highs (the discussion of whether the New England Revolution should have its own stadium is best saved for another time), but the historical stalwarts in the sport have also reached a new level. These include leagues like the English Premier League and the Spanish First Division, with teams like Real Madrid and Manchester United enjoying massive support on this side of the pond.

Walking around the city on any given day of the week, it’s hard not to notice the amount of soccer shirts on people’s backs—the sheer quantity comes close to rivaling the presence of the Boston “Big 4” sports. The organic nature with which the sport has captivated the city is one of its best features, with several fan groups sprouting in which individuals get together and watch games, even if these take place as early as 7:30 a.m. on some weekends.

LFC Boston, the official supporters club for Liverpool F.C. in the city that meets for all of the games at the Phoenix Landing bar in Cambridge, serves as a testament of the sport’s growth in the city. Organizations like this show that the sport does appeal to even the most skeptical of supporters, even in a city like Boston that is known for its stubbornness regarding the “tradition” of sport.

Boston also served as one of the host cities for this past summer’s Copa America Centenario, a special iteration of the continent’s most prestigious international soccer competition. Just over 59,000 fans poured into Gillette Stadium to watch the quarterfinal matchup of Lionel Messi’s Argentina vs. Venezuela. But the most significant aspect of the crowd that day was that it was mostly composed of club soccer supporters, not just those there to watch their country play in real life. The star power of Messi was there for all to see.

The sports culture has come under attack from every discernible direction nationwide over the last few years, with off-the-field controversies usually dominating the news cycle rather than on-the-field results. One needs to only look at the resilience shown by storylines like Deflategate, concussions, and Lochte’s recent run-in with Brazilian authorities during the Olympics.

Many individuals have become disillusioned with professional sports, as evidenced by declining regular season attendance in the NFL, according to Sports Business Journal. This specific fact is makes the sport’s rise nationwide all the more impressive, with the MLS currently seeing its highest attendance levels ever.

The sport, with its running clock that never stops and uncertain game length, is capturing the hearts of many around the country. The game may not have originated here, like clam chowder and the Prudential Center, but it has now become a part of the city’s culture. 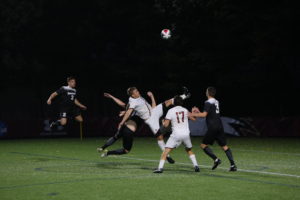 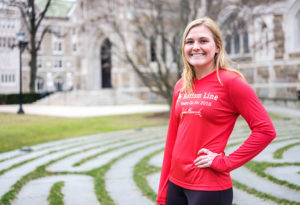 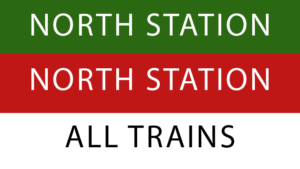