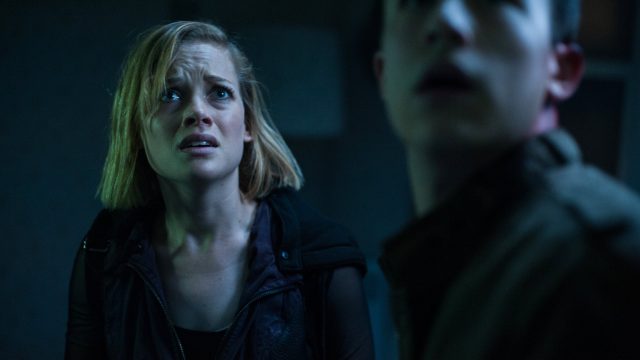 For any avid horror fan, a trip to the movie theater can be exceptionally depressing. The current state of the horror genre often leaves something to be desired. Movies often rely heavily on jump scares or challenging the audience’s suspension of disbelief far too many times in one sitting. And though this is an unfortunate state of being for the genre, this reality makes finding a diamond in the rough all the more rewarding—such is the case with 2016’s newest horror release, Don’t Breathe.

Set in modern-day Detroit, Fede Alvarez’s film follows three down-on-their-luck teenagers, each looking to leave the city for good. When they discover the home of a wealthy, reclusive blind man, they agree to rob him together—only to find out that some homes are far more sinister than they appear from the outside.

It is from this premise that Alvarez launches his latest film. Coming off of 2013’s remake of Evil Dead—a major disappointment with respect to the 1981 original—Alvarez has proven that he truly does have the ability to surprise an audience. Though it may seem counterintuitive to start by praising the film’s ending, Don’t Breathe is a breath of fresh air for horror in that its conclusion does not feel like a cheesy cop-out. The main characters suffer…immeasurably. More akin to real life than fiction, the film does not wrap up its plot in a neat little package, leaving the viewer with a tiny urge to check over their shoulder as they exits the theater.

In fact, the pure terror and shock value are what makes Don’t Breathe so masterful. A special shout-out must go to cinematographer Pedro Luque, who, functioning largely in dark settings, sends chills down the spines of anyone fearful of being watched in the dark. Don’t Breathe’s most memorable scene has Luque to thank—shot in a muted gray, the main characters fumble around in pitch black, waiting to be strangled to death by the crazed blind man. Refreshingly, the film is not afraid to punish its characters, leading to a real sense of fear for viewers as Alex and Rocky traverse the house of horrors they find themselves trapped in. And as their journey tumbles further and further out of control, every plot twist becomes increasingly disturbing, while never truly becoming predictable or entering into the cliched.

Unfortunately, Don’t Breathe cannot deliver on every front, and it is during an examination of the characters themselves that the film does become somewhat of a giant cliche. Every classic horror character trope is represented—Rocky, the classic tortured “hot” girl; Alex, the geeky techhead in love with Rocky; and Money, the douchebag gangbanger standing in Alex’s way. The only character to truly break the horror film mold is The Blind Man, expertly portrayed by Stephen Lang. It is a treat for the viewer to behold Lang in all of his ominous, ever-looming glory. The script is the perfect example of this—throughout the entirety of Don’t Breathe, Lang has a grand total of only 13 lines. He makes each one count with his booming, gravelly voice, and though the writing could be improved in all areas of the film, Lang makes himself the crowning jewel of Alvarez’s work with only a few words.

The beauty of Don’t Breathe is most truthfully found in the way it responds to the accepted standard of the genre. What truly comes across as fresh and exciting is not any visual or auditory aspect of the film, but rather the types of storytelling that the film employs. Though the characters themselves may not be as complex or nuanced, the way the viewer’s perception is toyed with is what makes the movie chilling.

The film’s innocent victim trope quickly gives way to an incredible reversal—almost without warning, the justified actions of a disturbed homeowner become sick, twisted, and incredibly hard to stomach. Likewise, the anti-heroes seeking to make a quick buck quickly find themselves in the tortured victim role. This dichotomy is incredibly interesting—rather than allowing the viewer to sit comfortably in their understanding of right and wrong or good and evil, Don’t Breathe challenges classical morality with the choices it forces its characters to make. And in a genre far too overrun with poor decision-making, it is wonderful to see a thriller in which characters struggle to make the right ones. If only modern horror directors followed Alvarez’s lead in this regard, audiences might enjoy a few more legitimate scares every now and then.