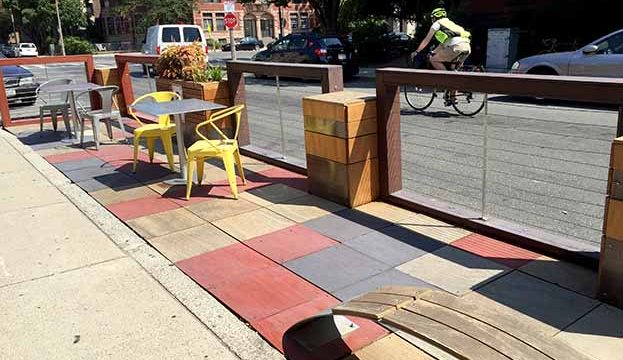 In my opinion, personal space is not a rare luxury, but something essential to properly functioning in everyday life. In order to reflect on the day and organize my thoughts, I need brief bursts of quiet and relative privacy. And during the summer, I can get used to the ease of luxuriating in my own space.

For many of us, the summertime becomes our own time again, and—whether that means getting a job, an internship, or exploring the world around us—we are free to parcel it up as you please. For many of us, relinquishing our privacy by sharing a cramped, decades-old bedroom with multiple people, bathrooms with 40 other people, and essentially the entirety of where we exist with the rest of the student body, immediately becomes more of a wispy memory. Why would anyone preserve the memories of shower shoes and mysterious hairs on muted carpets for any longer than necessary?

And just as forgetting a foreign language occurs almost immediately once you stop speaking it, forgetting how to compromise with people you live with (but aren’t related to) happens all too quickly. Or, at least, it’s something that I forget.

But thankfully, while eating at the delicious food truck-turned-restaurant, Mei Mei, I happened to stumble across one of Boston’s intriguing city initiatives: the parklet.

This structure, located in the street just outside the restaurant, was about the size of two parking spots. Multicolored, wooden plants made up the parklet’s flooring, and the entire structure was separated from the street by subtle fencing and even thriving planters. Wooden benches, along with brightly colored metal chairs and tables, filled the parklet’s deck, providing seating to passersby. A prominent white and blue sign nailed to a planter in the center identified the structure as a “Boston Parklet” with “all seating open to the public,” and suggesting that people “Sit. Hang out. Enjoy.”

Yet despite its inviting signs and appealing appearance, the parklet only hosted one (very brief) visitor during the time I was there. Perhaps, on such a miserably hot day, people were merely choosing air conditioning over sitting in the sun, but this lonely fate seems to have befallen many of the Boston parklets.

The parklets were introduced to the Boston public in 2013 as a facet of the Boston Complete Streets Program. Despite the parklets’ hefty price tag, city officials anticipated the project’s success, hoping that the parklets’ seasonal presence would not only add beauty to the city, but also encourage and strengthen community interaction.

Unfortunately, an article from The Boston Globe pointed out that after the original installation of parklets in locations like Jamaica Plain, the structures received much less usage than city officials originally anticipated. Perhaps because of how close the structures were to traffic, or maybe just because of the bustle of the city, Bostonians just didn’t seem eager to use the parklets as locations for relaxation and community bonding.

But in addition to these more logical reasons, I could not help but think about these parklets in terms of personal space. Instead of isolating oneself at a table in a coffee shop, or foregoing the outdoors entirely in favor of an office, sitting in the parklet would force Bostonians to voluntarily share their space with strangers and be hyper-aware of the world around them.

Even though this kind of interaction may seem intimidating, after a hectic day, when all of you want is to sit alone in complete silence and decompress, it may be one of the most important experiences to have on a day-to-day basis. Instead of avoiding strangers and unfamiliar spaces in order to greedily protect one’s personal space, perhaps we should gravitate toward places like Boston’s parklets.

Who knows, they might just be able to keep our skills for sharing personal space sharp, and strengthen one of our most important traits: our ability to compromise.