Home » Marvel Gears Up for Another Dark, Soulful Spectacle with ‘Luke Cage’ 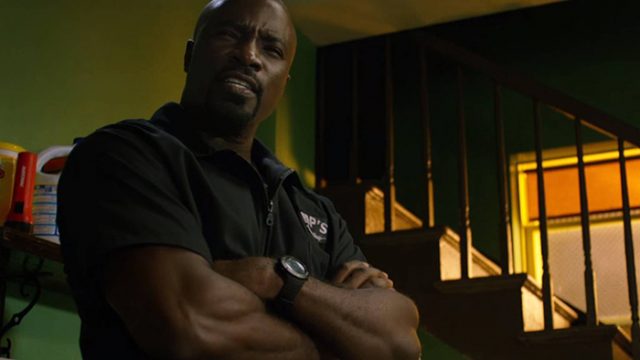 Marvel Gears Up for Another Dark, Soulful Spectacle with ‘Luke Cage’

If you’re a fan of gritty and dark superhero incarnations, then you’re well aware that the last couple months have been disappointing. Sure, Deadpool had plenty of blood and guts strewn about the screen, but Deadpool’s a comedy—you couldn’t possibly say that you were busy brooding over the state of humanity while crying your eyes out with laughter. No, we’re talking about the laughably awful Batman v Superman and Suicide Squad films, which posed as complex and dark superhero dramas, building up expectations as to the likability of antiheroes and darker interpretations of our favorite superheroes. With these two stinkers floating at the surface of our pool of superhero films and adaptations, it’s hard to be excited about your more serious-looking superhero projects.

That is unless, of course, you look at the superhero production company that knows what the hell it’s doing. If you’re looking for a superhero program that takes a deep dive into the mind and life of an emotionally complex, socially relevant, and hulking badass in an uncompromising and graphic setting, then look no further than Marvel Comics and Netflix’s Luke Cage.

Netflix and Marvel have a track record with this type of show. The two companies have collaborated on the wildly successful adaptations of Marvel’s Daredevil and Jessica Jones. Both of these shows have been praised for their unapologetic use of violence and sex, as well as for their darker, more realistic tones, which juxtapose well against these programs’ cinematic Marvel brethren, like the more lighthearted Thor and Captain America films. Marvel has already proven its ability to produce both more accessible superhero films alongside its obviously gloomy and morbid Netflix shows, and Luke Cage likely won’t prove fatal to this trend.

In fact, this isn’t Luke Cage’s first time on screen. Audiences and critics have already gotten to know him through his screen time on last year’s Jessica Jones, in which he proved his no-nonsense, collected fighting style and chivalry are awesome to behold. Set months after the events of Jessica Jones, Luke Cage will see Cage undergo an experiment that makes his skin extremely dense and insusceptible to wounds, while also endowing him with cellular generation.

While these powers aren’t necessarily original in their own right (i.e. Wolverine), the more realistic setting and atmosphere of the Netflix-Marvel programs gives the limitations of abilities a bit more weight. Sure, Cage probably won’t die, but he’ll seem more vulnerable than your more fantastical “invincible” heroes and villains. At the same time, endowed with these capabilities, Cage will have to sort through what he wants to do with his powers: Does he want to hide them away and live a normal life or use them to push back against some of the evils in the world?

Set in Harlem, not in Daredevil or Jessica Jones’s iteration of New York’s Hell’s Kitchen, Luke Cage has the potential to explore both a different literal setting, as well as a unique cultural setting. Historically, Cage is Marvel’s first black superhero. Making a program amid the social strife that has dominated the last few years’ media and society that revolves around this hero makes sense. It provides communities of all different races and types with an unconventional hero that could be accessible and liked by people who feel they have nothing in common. In this sense, Marvel’s Luke Cage could potentially reach out to an unprecedented spectrum, as far as audiences are concerned.

“There’s never been a time in history where having a bulletproof black man, in terms of just looking at how that affects a neighborhood, in terms of looking at, for example, how it not only changes law enforcement but also changes the criminal world, and really in a sense, it’s like Luke’s entrance into this world changes the ecology of the entire neighborhood.”

As long as Luke Cage doesn’t muddle the line between blatant social commentary and subtle, symbolic expression, the program has the potential to be both a beacon of pure, superhero escapist entertainment and an example of how to have a discussion about social issues in the subtext of a thrilling drama. With its stunning critical track record thus far, it’s hard to doubt the capabilities of Luke Cage’s crew and the thinking of the Marvel and Netflix execs that brought the program together.

So yes, while DC Comics flails about like a dying fish, have no fear—Marvel seems to know what it’s doing. The DC Comics films prove that superhero fans should never let their expectations run amok, but, on the other hand, Marvel has shown that it knows what it means when Peter Parker’s uncle Ben says, “With great power comes great responsibility.”