Home » Into the Wilds of Making Music 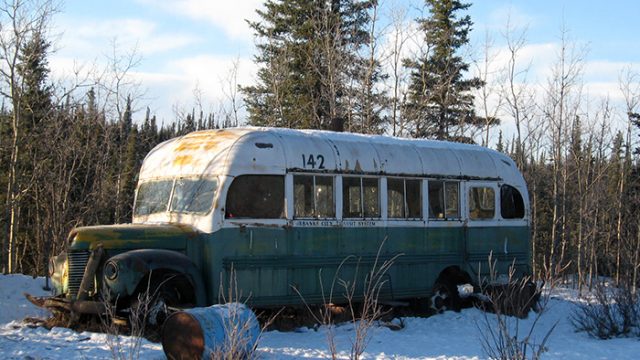 Into the Wilds of Making Music

I have spoken ad nauseum about why music is crazy good. Like no other form of media, music has the ability to change a mood or feeling in an instant. In that respect music has always seemed like the best prescription for just about any emotional ailment. But, even as I express these things again and again, I am impressed to discover new things about music I had no inkling of.

My brother has always played guitar. I never had the inclination, though I jealously looked on as he began to strum away at songs we had grown up to know and love. I was more content to listen, leaving those who created the music in the first place to play it as it should be—at their hands. Demotivated by stubbornness and remaining affixed to a lazy attitude, I was never more jealous than when he started learning the soundtrack to Into the Wild (2007). As he began picking through the Eddie Vedder tracks, all I could do was hum along, clinging to a small parcel of imitation. By the time he had nailed “Rise” and had begun his attack on the chords of “Guaranteed,” I relegated myself to relish in his accomplishment, living vicariously through him by requesting songs.

After swallowing my pride, I soon had him teaching me what he could, though I wished to elevate myself to a higher echelon of skill too quickly. And after a time, I dropped it.

This year, I appear to have been given a second chance. One of my roommates also plays the ukulele and mandolin. And Vedder is among his playing repertoire. So, naturally, we are back.

But this time it seemed different. From the moment I plucked my first note, right up until the first chord, I felt connected to the song in a whole new way. I have always sung lyrics to myself, and hummed along when I could, but hearing the exact sounds of songs come through an instrument I was playing was much different. These are songs that I have loved and that have been part of my life for a long time.

I believe a lot of the fear in continuing to learn stemmed from an idea of corruption. These songs, in my mind, are perfect. But by my hand, I could fail to make them what they ought to be. But, whether it is through a new sense of confidence or musical literacy, my feelings have now changed. As I reject notions of perfection with regards to the music I hold so dear, I can make it more mine than it has ever been.

When I felt those new feelings I realized that even if I fail, each note that rings true is a success, each fumbled chord a triumph. Those notes are still part of a greater picture that brings me closer to the music than I otherwise could be.

In the past, at concerts, when performers would deviate from their sound on an album, I would be a little lost. The album, personally, was to represent a blueprint for performance, the standard by which all iterations of the song are to be judged. But after a time, I realized that missteps, changes, and alterations make for a more unique experience for both the band and the fans.

As I apply that to my own musical endeavor, I realize that, if anything, I am simply making the song more of my own, ornate with my own strumming, humming, and picking. The mistakes I make are a stamp, my signature on the work.

Hopefully, hard work will yield results. As I invest more time, progress will be made, although how much is yet to be seen. As my fingertips begin to lose their sensation and strumming patterns become instinctual, the songs I play will begin to take a more recognizable form. But even if they do not, my fondness of these songs will never fail to bring a smile to my face, even through a single note.

And it seems that the songs themselves have been telling me as much the entire time, expressed in a line from “Rise.”

eddie vedder into the wild mandolin
From Age 12, Pemberton Had His Heart Set on Boston College
O’Neill Exhibit Paints Vivid History of the Summer Olympics