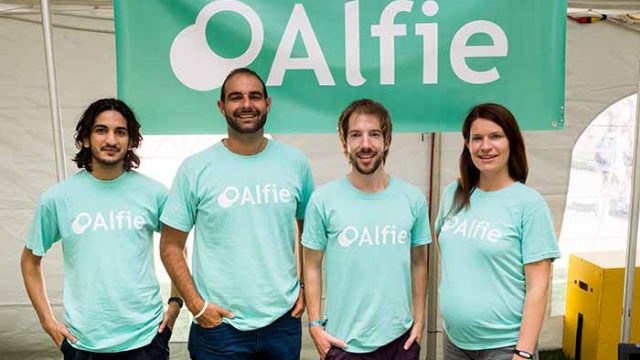 Student debt has been a hot-button topic recently, ranging from the recent presidential primaries to the legislation proposed by the Obama administration. While governmental processes are vital, the private sector also has a growing interest in helping students. One financial tech startup, Alfie, is working to popularize a financial product called an Income Share Agreement (ISA) via its model, which involves strong analytics and huge brainpower.

Alfie is the brainchild of Dutch entrepreneur Pepijn van Kesteren. The company’s name stands for Alternative Finance in Education, and it works to help make university loans more manageable for a wide array of students.

ISA is essentially a program through which a student receives money up front to pay for school and commits to a fixed period post-graduation during which they pay a fixed percentage of their income back to whoever loaned them the money. This starkly opposes the traditional model, in which a student receives a principal amount of money and pays interest on it indefinitely until it is paid off. ISAs offer flexibility to graduates. These ISAs are then put into diversified holdings that allow investors to mitigate risk.

Van Kesteren studied at Utrecht University in the Netherlands, while also spending time at the University of Florida.

“I didn’t have to pay for my college in Florida, but I did see the receipts,” Van Kesteren said.

Since education is subsidized in the Netherlands, these high prices seemed unreasonable for van Kesteren. This is how  he first got the inspiration to figure out a way for American students to be able to pay for their education in a reasonable way.

He did not act immediately. He got his master’s and eventually wound up at McKinsey & Company, where he stayed for two and a half years. Once he landed at MIT’s Sloan School of Management for his MBA, van Kesteren got Alfie off the ground. He got a team together of his peers and worked with his contacts from both McKinsey and MIT to figure out a way to solve this new problem.

The current core team has changed quite a bit since the company’s inception, as van Kesteren realized he had to diversify the skill set within the group to generate the most value possible. David Kafafian, van Kesteren’s co-founder, has a strong legal background, which was vital in navigating Securities and Exchange Commission regulations and laws around student loans.

As it has matured, Alfie has focused on its strong analytics to figure out how to bundle students in the most risk-mitigating way possible.

“Through analytics we can know someone’s income profile better than they know themselves,” Van Kesteren said.

It may seem that Alfie is incredibly particular in its selection of students eligible for its ISAs, but it it turns out that students who have better financing opportunities or are expecting to make enough to quickly pay off loans are generally not interested in ISAs, as they can wind up paying more than their principal back.

“We don’t just look at students from top-tier business schools. … we believe that creating a more diverse portfolio will allow us to hedge against individual risk,” he said. “A product that gives you this freedom and flexibility and risk protection is extremely interesting, and it is for a population that is completely underserved by the student debt market.”

As for the future of Alfie, it is currently mostly funded by seed funding and entrepreneurial competitions. The company is working with interested angel investors but wants to wait until it has more traction to accept significant investments. Van Kesteren has given some thought to the future as far as capital structure, and he notes that the ideal situation would be for Alfie to grow enough to have an IPO. He is not opposed to working with other companies in the sector and developing a stronger and larger model. However, just this semester, Purdue University began work collaborating with a company called Vemo Education to make ISAs available to students.

Van Kesteren feels that this model has a future in being offered by universities to their students as a funding option for their educations and could become a large scale implementation. He points to the possibility of unlocking the human potential in students, a potential that is often shackled by loan debt, as the reason for his and his team’s work.

Over the last 25 years, the median student debt per student has more than tripled, but the median income from graduates grew by less than 2 percent Van Kesteren said. To him, this is creating enormous pressure on graduates, as they are forced into careers that allow them to pay their debt, and no longer have the freedom and flexibility to pursue a career of passion and impact.

He wants the Alfie ISA to give students that flexibility again, and to unlock the innovative potential that’s available in them.