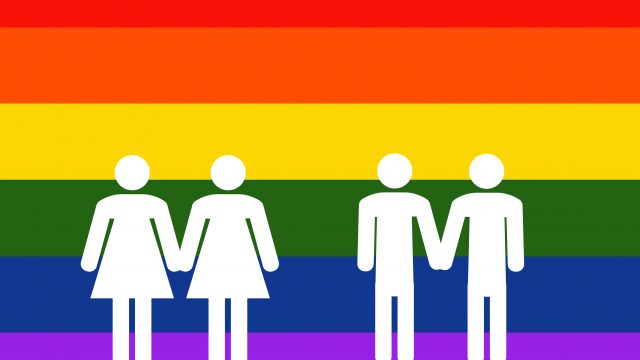 On Saturday night the letters on a parking sign on Lower Campus were re-arranged to display an anti-LGBTQ message, which included a slur. The sign was reported to the Boston College Police Department, which removed it. While the vandalism was an isolated incident, it illuminates the need for LGBTQ support from the administration. Prejudice against the LGBTQ community is still an issue on campus, as evidenced by this public display. This kind of hateful message is unacceptable. Though the intention of the anonymous perpetrator cannot be known, the fact that someone thought this is an acceptable thing to do speaks to a larger undercurrent of antigay thought on campus. The University should take a stance to support the LGBTQ community, which is often marginalized, and help support anti-hate policies on campus.

The administration has a long history of withholding support from LGBTQ programs, events, and groups. In the spring of 2015, a group of graduating seniors pledged to withhold donations to the University until an LGBTQ resource center was constructed. This came after plans for BC to host Ignatian Q, the Ignatian LGBTQ and Ally conference, were denied by members of the administration. This demonstrated a lack of administrative support for the kind of programs the GLTBQ Leadership Council (GLC) has tried to bring to campus. GLC, which is a branch of the Undergraduate Government of Boston College (UGBC), has had success with events like Support Love Day, despite what senior leaders have noted are administrative challenges.

Another support program, Queer Peers, went through a period of uncertainty when it was cancelled and not held in residence halls as planned. After the GLBTQ Leadership Council and the Queer Peers program leaders attempted to determine why they were shut down, they were informed that the program had been incorporated into a larger administration-supported program. This lack of communication demonstrates one of the issues that has marred the relationship between the administration and LGBTQ activists on campus.

Like any group, LGBTQ activists on campus are weakened by a lack of institutional memory, considering leadership of groups like GLC turn over at least every four years. Programs and initiatives are imagined and led by undergraduates. This means that the treatment and funding for these programs can change by the year, and the continuation of LGBTQ programs at BC is left to be decided by a series of administrative decisions each year, making it more imperative for the administration to assume responsibility.

The vandalized sign should stand as a reminder that issues of prejudice and LGBTQ rights have not been solved on this campus. There are still problems, and LGBTQ students deserve support from the administration. Queer Peers, while it was shut down for a while, is back in a larger context, which is one step in the right direction. But to fully support LGBTQ students, the administration should support efforts that LGBTQ students have expressed the need for, like Ignatian Q and an LGBTQ resource center. Shaun McGuffy, a sociology professor, has spoken to The Heights in the past about these issues, especially in the context of a Catholic campus, and has said, “We have other top-tier Catholic schools who found ways to make this work, so we can make this work here. I think if we want to keep being a leading Catholic institution we need to be prepared for the future.” This is important to remember going forward. After an incident such as this sign vandalization, the need to support LGBTQ rights and to fight hateful speech is clear.