Home » Opting out of SWUG Culture and Focusing on Senior Success 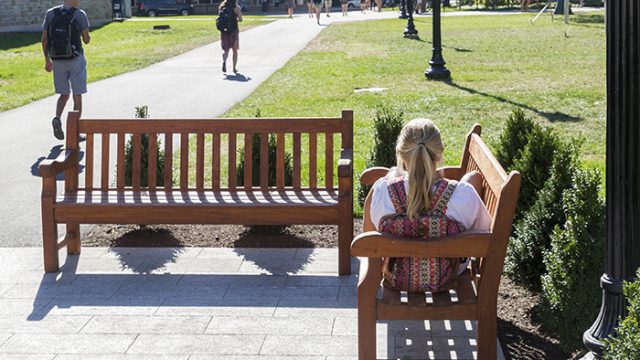 Opting out of SWUG Culture and Focusing on Senior Success

SWUG is a Boston College buzzword, a staple of BC vocabulary that senior girls feel both the need, and maybe even the desire, to embrace.

“SWUG,” for those of you who don’t know, is a name senior women have given themselves that stands for “senior washed up girl.” The SWUG wears sweatpants to parties, she gets wine drunk on school nights, and she’s given up on the idea of a relationship—she considers herself “washed up” at the mere age of 21 or 22.

Branding oneself as a SWUG certainly has it advantages. It makes it okay to go to Cityside in athletic clothes and to make margaritas at 2 o’clock on a Saturday afternoon. But the label, whether we realize it or not, seems to mask a much deeper issue within the social hierarchy of colleges and universities.

Upon arriving at BC, I remember hearing about the “X” factor. An upperclassman girl the sailing team explained to me that each year, boys become more and more desirable, while girls become less and less. Every girl chases the senior boy and every boy chases the freshman girl. Walk into a Mod party and you will find senior males preying on freshman girls in body con dresses and heels while the senior girls, dripping in sweat (how do freshman girls not sweat?), migrate to the bars in defeat.

The SWUG is both confident in her SWUGness and insecure about her future. She eats Pino’s with pride while joking about her weight. She radiates an “I don’t give a f*ck” attitude, but does she really feel this way?

I was told early on in my freshman year that while boys become increasingly confident during their time at BC, girls become increasingly less so. This is a terrible thing to be told at such a vulnerable stage in your life, but yet, it’s not hard to believe. If this is true, one can gather that the SWUG is not as confident as she seems, and the term represents much more than the attitude it idealizes.

When you think about it, many of the things that define the SWUG also apply to the senior male as well. All seniors have senioritis, so it’s curious that women have their own label for something that largely applies to both sexes. Why, in our last year of college, are women accepting and embracing a gender-appropriated label that admits defeat, while men are arguably at the peak of their college careers?

Senior girls look back on their college careers and see how much they have accomplished, yet still say they’ve given up in regard to appearance and relationships. The SWUG is successful, smart, and driven, but claims she’s “so over it.” She’s become so cynical of the essentially nonexistent dating world that she knows better than to give anyone the benefit of the doubt. She wears sweats around campus, claiming she no longer cares about her appearance. She’s got a six-digit offer from Goldman Sachs, and she still self-identifies as “washed up.”

The senior male, however, continues to thrive. He throws parties in his Mod and asks freshmen who they know there. He doesn’t want the commitment of a girlfriend or the responsibility of a relationship. Senior year, as one of my male friends told me, is for “getting with freshman chicks”—but in more graphic terms. The senior male embraces his spot at the top of BC’s social hierarchy, while the senior girl “confidently” embraces her decline.

I know that we joke, and that SWUG is hardly a serious term. But it’s hard not to think about the gross implications of the label, and the mentalities of senior girls in general—whether or not they self-identify as a SWUG. While SWUGs appear to be confident, any girl that truly embraces a washed-up attitude lacks the confidence and drive we should have gained during our time at BC. She lacks the confidence and drive that we’re told as freshmen we’ll one day lose, which perpetuates a highly concerning and degrading cycle.

I look at the females in the class of 2017 and have trouble seeing how any of us are “washed up.” We’re all 21 or 22, and next year we’ll be the envy of all the women over 30 in our offices. We’re young, we’re smart, and we have so much to look forward to after graduation.

There are more than eight months until Commencement—almost 25 percent of our college experience. While many of us, male and female, have great jobs already, are applying for grants, will graduate with honors, have won awards, are the presidents of clubs and the captains of teams—the girls are already “washed up”?

SWUGhood is a choice, but the plummeting self-esteem of female students is something that needs work to change. And that work begins with opting out of the washed-up mentality. 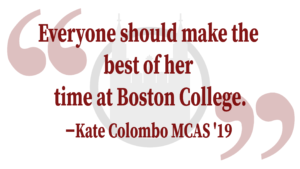 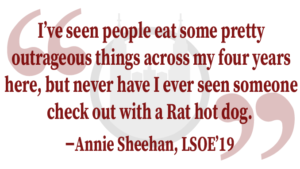 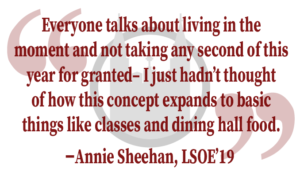