Home » ‘South Park’ Starts to Steer in the Wrong Direction 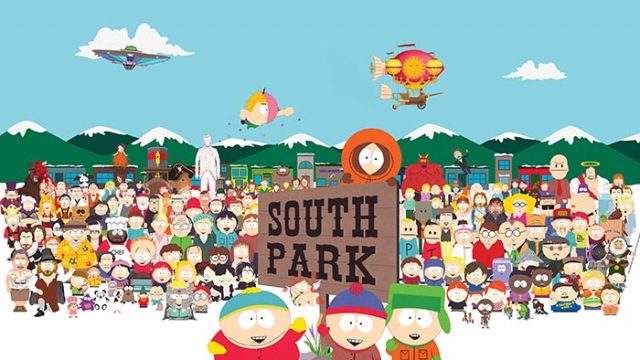 ‘South Park’ Starts to Steer in the Wrong Direction

It’s mind-bending to realize that South Park has entered its 20th season. Many kids who had to sneak around overbearing parents to watch the show 15 years ago are now legally allowed to crack a beer open while watching new episodes. In its near-two-decade run, South Park has gone through many changes—some more substantial than others. The premiere episode of this year’s season makes these changes increasingly apparent.

While they may be experimenting with the show’s format, opting for a linear story presented throughout the season rather than sticking with their more traditional, episodic approach to storytelling, series creators Matt Stone and Trey Parker hold onto their signature humor tightly. Regardless of what viewers think of the story that ran through last season and continues forth with this season, fans of show will recognize that Stone and Parker are not lacking in creativity. If anything, their creativity alone could prove to be the downfall of this season. These two have packed so much into this continuous story, from Mr. Garrison’s running for president with Caitlyn Jenner to the overwhelming effects of today’s PC culture, that the show might just burst from the convoluted, crowded mess it’s holding in. The range of material that Stone and Parker are working with is impressive, but as the show continues to work with the same story week after week, the metaphors they’re building and the subjects they’re discussing become tired.

The clutter that characterizes the start of this season may be in part due to the way Parker and Stone produce the show. While most shows’ seasons are filmed and edited in their entirety before a season premieres, Stone and Parker write and animate South Park episodes week to week. In the documentary 6 Days to Air, which covered a week of production at South Park Studios, Stone and Parker made it clear that their approach to making the show is extremely stressful, with some episodes finished hours before airing. It appears this process has culminated in messy storytelling, at least as far as the last season and the beginning of this season are concerned.

Aside from these flaws in storytelling, the premiere episode of the 20th season was full of great one-liners and its fair share of funny moments. South Park’s problem isn’t its humor; it’s the new narrative form it has taken on as well as its crudely blatant social commentary. South Park used to be sly. It didn’t need some specific current event to frame its humor around, but now Stone and Parker rely heavily on weekly news stories to tell their stories. It’s not fun to watch these well-known characters with their own personalities spout off some moral rant that’s uncharacteristic of them to make.

In short, the first episode of South Park’s 20th season suggests that Stone and Parker are tired of writing the show. It’s easy to imagine that the two move from week to week, more motivated by their production’s deadline than by stories that they actually want to tell—stories that they’re invested in. The show’s lazily assembled narrative is proof of their apathy.

Stone and Parker are hysterical, and so they are able to inject their poor stories with a fair share of laughs. This, however, is not enough to redeem the dying show. The team would be better off spending their energy on other projects. They’ve proven with their film Team America: World Police and with their musical The Book of Mormon that their creativity is not limited to South Park alone. As the show moves ahead in the fashion that it has accommodated, the value of the show drops holistically. It might be a little late to say that South Park will end its run on a good note, but Stone and Parker still haven’t poisoned our recollection of how good the show used to be.

These two men hold two of the brightest and best minds in comedy. They’ve proven over their 20  years in the limelight that they have something meaningful to say about just about anything and that they can have those conversations in new and fascinating ways and platforms. They’re stuck on what made them famous, and they should give it up sooner rather than later.

South Park has been a staple of American pop-culture throughout the entirety of its run, but if it wants to remain one, it needs to end before it loses its worth.