Home » Men Found Trespassing at 235 Foster, According to Students 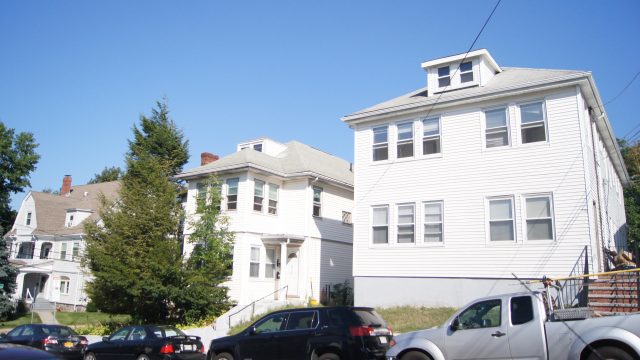 Men Found Trespassing at 235 Foster, According to Students

Collin Witt, MCAS ’18, was lying in his room on the first floor of 235 Foster when he saw a silhouette walking back and forth in the front yard. After about 10 minutes, he opened the blinds and saw a man in a black hoodie standing in front of his window.

One of his roommates then yelled at the man from a second-floor window. The man ran to the side of the house, prompting another man to appear out of nowhere and follow his friend behind the house. The second man was wearing a red t-shirt.

Witt called the Boston Police Department. The first officer to respond to his call was already in the neighborhood responding to a call about a woman who was screaming because someone was stalking her.

A second officer arrived to respond to Witt’s call specifically. The two searched their property but, Witt presumed, found nothing.

Neither BPD nor BCPD has a report of a breaking and entry in their system from 235 Foster St.

Witt said one of the men at one point approached the front door presumably to see if it was unlocked, Witt said, although he couldn’t see if he had actually tried the knob. Other than that, the men did not try to get into the house, as far as Witt knows.

This trespassing incident comes in a string of off-campus break-ins that has been ongoing since last December. The most recent break-in was at gunpoint on Lake St.

The BPD officers advised Witt and his roommates to keep their doors locked, Witt said.

“We were pretty rattled,” he said. “Everyone got out of bed and was on high alert for a bit but I think it’ll be fine, our house locks up pretty well. It’s just a little unsettling knowing this could happen at any time to anyone.”