Home » Public Trust: Just Say It to Me Straight 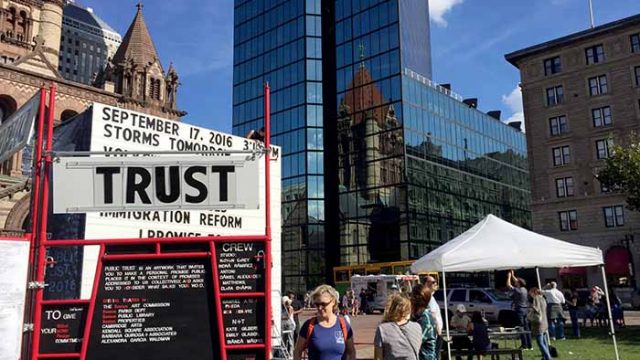 Public Trust: Just Say It to Me Straight

Sometimes I wonder if our generation has an unnecessarily complicated relationship with the truth.

Thanks to our many social media platforms, it is all too easy to hide behind our phones and our computer screens on a daily basis. We can use the cover they provide to do something as innocent as starting a conversation with the person we can’t stop thinking about (but without actually having to face them in person), or to do something as cruel as saying something to someone that we would never dream of actually saying to their face.

We mask our true meanings behind emojis and create profiles that show our friends and acquaintances how perfect—or maybe how adorably imperfect—our daily lives are.

And despite how our finesse for personal branding and marketing increases, we seem to be losing the simple ability to look someone in the eye and risk telling him or her the truth about how we feel. Wouldn’t it just be easier to never actually go that far, and continue living in the twilight of half-truths that bubble from our lips (not to mention our fingers) so easily?

Despite its ever-increasing popularity, this kind of existence in which perversions of the truth are—if not expected—taken for granted is obviously unhealthy. And if you’re living in a city, it’s flat-out dangerous. In order for such a large group of people living so closely together to function productively, we need people to actually say what they mean and tell the truth. Doing this could force us to display (and figure out along the way) who we really are, and it might just hold us accountable for words that come out of our mouths, and not just our fingers.

But over the past 21 days, Bostonians have actually had the chance to force themselves to tell the truth thanks to Public Trust, an interactive art installation that opened on Aug. 27.

Public Trust, the brainchild of Brooklyn-based artist Paul Ramirez Jonas and presented by the nonprofit organization Now + There, asks Bostonians to “consider the meaning of a promise in a time when words matter.”

Beginning in Dudley Square, the installation also took place in Kendall Square, before ending in Copley Square on Sept. 17.

Located in the dead center of Copley, Public Trust’s final iteration was impossible to miss. A giant white billboard covered in large black letters faced the passersby, enticing many to stop and stare. The top of the billboard, which was emblazoned with the date and weather forecast, quickly gave way to promises made by large corporations (like Volkswagen), public figures (specifically Clinton and Trump), and by Bostonians who had made a promise in one of the two tents located in front of the billboard.

According to Hyperallergic, participants in Public Trust entered one of the two tents and faced one of the “performers” working the project before dictating their promise to them. Two chalk rub copies of the promise were then made, which the promiser then had to sign and either fingerprint or seal with a drop of his or her own blood. After one last oath was made on a physical object, the performer would ring a bell, and the promise was considered completed.

Each participant was able to keep a physical copy of his or her promise, while the other was tacked to one of the smaller red and black boards located in between the tents. As the day continued, each promise made was also transcribed on the larger black and white billboard for everyone in the city to see.

And although Public Trust has officially run its course in Boston, that doesn’t mean we should forget the problems it addressed.

Withholding the truth has always plagued society, but modern technology fragments our lives in a new way and makes it easier to live with our lies. Unless we start saying things aloud for someone to actually hear, we cannot hold ourselves accountable for the promises we make. Public Trust is gone, but we should consider making public our truths every day.

copley square public trust
Breaking Monotony: The City Might Not Be What You Expect
With New Partnership, Zipcar Offers Boston Students Bikes for Rent 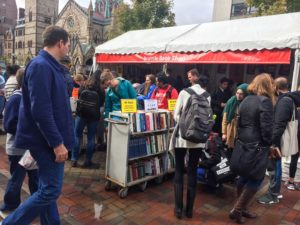