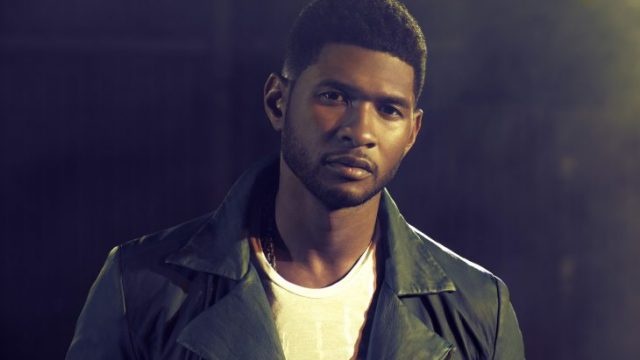 Usher needs her, misses her, and crashes. He thinks there’s no limit. He’s stronger, and he’s a champion. He says he’s hard to love. Let’s see if he’s trying to elicit sympathy or if he wants to explore a complicated character not necessarily deserving of sympathy. Released on Sept.16, Hard II Love represents a return to roots for Usher—a supposed sign of maturity and introspection. This is Usher’s first proper R&B album released in years—he had incorporated elements of R&B into his pop-oriented singles over the last decade, but always in a subjugated role. Hard II Love makes no claims to be anything but R&B, and pop sits on the sideline. It’s a slower album than most of the fast-paced Billboard chart-toppers that Usher is known for, which results in a consistent and subdued tone throughout.

Usher shines on the falsetto work and distorted vocal overlays, most notably on “Crash,” the second of the album’s singles. This single has the most pop leanings, but it fits very well with the rest of the product’s chill tone and mood. The melodies get to the point and never dominate, allowing Usher and his guest artists to do their thing with ease. “Bump,” yet another collaboration with Lil Jon, transcends the banality of the rest of the album with its lively chorus and sweet beat. Usher experiments on this album and sounds completely in his element on the harmonies and melodies. On “No Limit,” featuring Young Thug, Usher sounds calm and collected. Honoring rapper Master P’s hit “Make ’Em Say Uhh” in this song, Usher exudes a confidence not found elsewhere on the album, making “No Limit” stand out from most the rest.

The confidence exhibited on “No Limit” is part of the problem: its inclusion makes the rest of the album feel inconsistent, as though Usher is not sure what messages he wants to send. “No Limit” sounds jarring on the album itself, halting “Missin U’s” vibe, and restarting the groove as if to say, “Okay, play the first single.” Of course, Usher’s not alone in having sacrificed albums with obligatory singles, but this one clashes with the rest of the impressive work done here. Even on “Champions,” a song about patriotism for opposing countries which features Rubén Blades, Usher still asks the classic, “What are we even fighting for?”

Nevertheless, Hard II Love is, at the very least, hard to dive into. Though a true R&B fan will be tickled by the artist’s return to form, the mainstream listener will not know what to latch onto. Nothing here matches the infectious power of Usher’s previous pop-oriented singles, except maybe “Crash.” Here, he channels the introspection and self-indulgence found in Sara Bareilles’ The Blessed Unrest and Justin Timberlake’s The 20/20 Experience. Timberlake got away with it because he appealed to the common human experience with “Mirrors,” albeit framed in a new way, and Bareilles wrote so beautifully that we couldn’t care less about the rest of the drab decorating the album. In comparison, Usher’s songs sound like they’re depicting one man’s slight problems, and he hasn’t done enough to make anyone care. Yet this is precisely the time when he should be answering this resoundingly, because he’s finally decided now to return to R&B.

Hard II Love, however, is Usher’s treatment of the human material. The characters presented are either admirable or simply mistaken, without a single flaw or nuance. Yes, the songs succeed melodically and vocally, but the lyrics bore listeners because they all end up sounding the same. A man loves the girl in “Crash,” wants her in “Need U,” or misses her in “Missin U,” and doubts himself in all of them. There are only ever statements or instances, never motivations or stories. Take the album’s titular track’s chorus, “I know that I’m hard to love, hard to love, hard to love / I know that I’m hard to trust, hard to trust, hard to trust,” or “Crash’s” chorus, “Would you mind if I still loved you? Would you mind if things don’t last? Would you mind if I hold onto / You so that I won’t crash?” There’s always the same male voice that doubts his love in some way, but he never grows or changes. The album feels very distant and removed from the listener. It’s not an album you would lip-sync to in the car, which is perhaps hardest to bear of all.