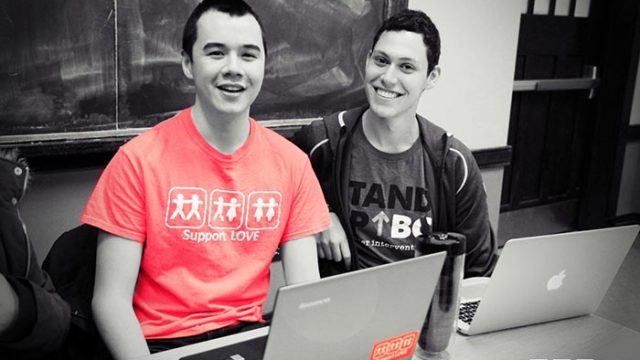 After an anti-gay slur was written on a Mod Lot parking sign by an unknown person last week, Joon Park, MCAS ’18, decided to host a “Queer Clapback” week to bring awareness to this incident. He created a Facebook page calling on students to wear their “support love” t-shirts for the remainder of the week to show their support for the GLBTQ community.

“I just wanted something really quick and immediate that would not cause too much drama,” Park said.

He invited everyone in GLC to the Facebook page, as well as everyone he knew who were vocal allies. Word of the event spread from there.

“There were a lot of people who felt very personally attached to this, and so obviously they invited their friends as well,” Park said.

He decided to host an event that did not need University approval because getting approval from the administration can take a while, he said.

“Personally, I felt that this was a very urgent situation,” Park said.

This was important to do, he said, because students who are new to BC and identify as GLBTQ need to know that there is support for them on campus.

Queer Clapback was also in response to the lack of administration support for the GLBTQ community, he said.

Park said that the event was a success—he saw a lot of people wearing “support love” t-shirts.

“Just the fact that students feel comfortable wearing them on campus I think speaks volumes at least to how students are fine with supporting LGBTQ issues,” he said.