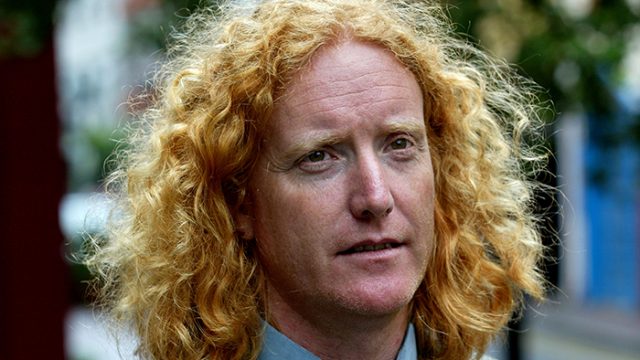 A college professor, a poet, a playwright, an author, and the owner of a fiery, billowing mane of red hair—visiting professor Louis de Paor juggles all of these roles like no other man could, all in pursuit of his passion: the Irish language and literature.

De Paor is the latest in a line of notable Irish figures to come to Boston College as the Burns Visiting Scholar for the fall semester.

First started in 1991, the Burns program aims to bring scholars, who have made large contributions to Irish culture to guest lecture for the fall semester.

“As the Burns Visiting Scholar, Louis de Paor brings many gifts to us at Boston College,” said James H. Murphy, the interim director of the Irish studies program at BC. “Louis is one of Ireland’s leading poets in the Irish language, one of their leading scholars in terms of Irish literature, and a man who has made great contributions to the culture.”

After his time at BC, de Paor will return to Ireland and resume his post at the National University of Ireland, Galway. He will give a public lecture entitled “Lethal in Two Languages: Flann O’Brien and Máirtín Ó Cadhain” on Nov. 9.

De Paor is teaching “Flann O’Brien and the Irish Comic Tradition” this semester. O’Brien, a notable figure in postmodern literature, is well known in academic circles for his advancement of postmodern literature and by the general public for his writing’s bizarre humor and irony.

Students in de Paor’s class delve into three of O’Brien’s notable works, one of which is his most famous, the posthumously published novel The Third Policeman. De Paor’s aim is to have his students leave with a better understanding of O’Brien’s works, along with developing their critical thinking skills through focusing the class around their ideas.

In the intimate seven-person class size, de Paor’s knowledge of both the topic and outside information reigns—he often goes on tangents on everything from Irish nationalism to Bruce Springsteen.

“I encourage everyone to take advantage of classes that are taught by Burns Scholars in general,” said Kaelie St. Pierre, a student in de Paor’s class and LSOE ’17. “It offers a unique experience to take a class by an international scholar in an intimate setting in the Burns Library.”

Born in Cork, Ireland, in 1961, de Paor took an interest in reading from a young age, particularly fiction in the form of Western novels.

By the time he arrived at university, however, de Paor’s interest had shifted to the Irish language itself and realistic fiction, which he found relatable.

It was under the tutelage of Sean O’ Tuama, a famous Irish poet, playwright, and academic, that these interests really developed and came to fruition.

The director of the Center for Irish Studies at the National University of Ireland, Galway, de Paor has over 25 years of teaching experience under his belt. An expert in the fields of contemporary and modern Irish language writing, de Paor has published numerous academic papers in the area.

Outside of the field of academics, however, de Paor is a jack-of-all-trades, having written three plays and composed numerous poems and songs. He’s currently working on a collaborative effort with a playwright.

De Paor is puzzled by the lack of interest in poetry. He doesn’t see why many college students seem to believe that poetry is more difficult to grasp than regular books.

De Paor said that several factors are key to up-and-coming writers, namely writing on a regular basis and surrounding yourself with people who have similar interests to develop a sympathetic yet critical audience.

“It’s very difficult when a person starts writing to develop a strong habit of self-editing, and I think you can learn that in company of others, such as in a workshop,” de Paor said. “There does come a point, though, where the time comes and you have to leave the nest.”

De Paors’s time at BC is helping his own work. Burns Library, home to an extensive collection of Flann O’Brien’s personal papers and library, is serving as a resource to the professor, who is working on a book about O’Brien and his relationship with the Irish language. De Paor is planning on finishing the book within the next two to three years.

“There’s already material there that I was unaware of that people seem not to have drawn attention to in critical works on [O’Brien], so it’s a treasure trove for somebody like me,” de Paor said.

Featured Image Courtesy of BC Libraries 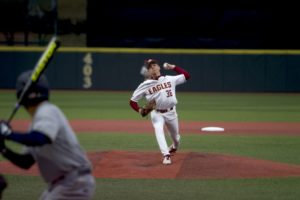 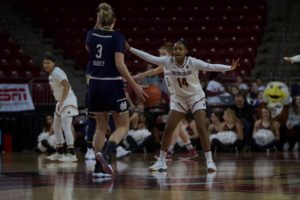