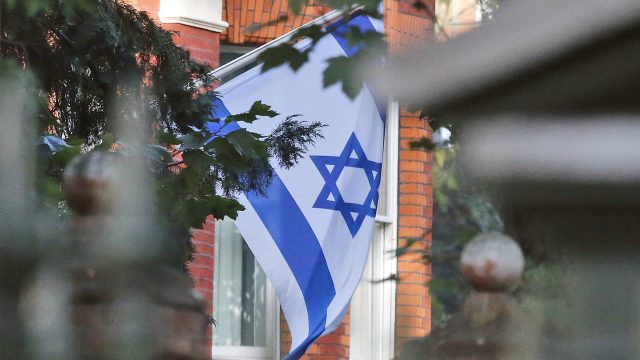 I’m not going to lie: it’s pretty great to say that you’re the leader of an entire political movement on campus. Even if that movement has to do with a place 5,000 miles away. And even if it’s on a Catholic campus with no more than 500 Jewish undergraduates.

I am now into my third week as co-president of Eagles for Israel, Boston College’s only pro-Israel cultural and political advocacy group, one that I joined as a newly minted freshman back in the fall of 2013. I have seen it all: Krav Maga lessons at the Plex, noted political speakers, matzah ball soup giveaways, and even a Tel Aviv Beach Day. The club has been my primary contribution to BC extracurricular life, my mark on this campus. However, I would be lying to you if I told you that we have had little trouble attracting a wide variety of new students to come to our events. In fact, having 15 fresh faces at each event is remarkable for us.

Unfortunately, Israel can be seen as a niche topic that only appeals to either Jews or the occasional curious Gentiles keen on studying politics. But it shouldn’t be, because Israel is the most Democratic state in its part of the world, and is also one of the most developed economically. So much technology has come from the tiny state along the Eastern Mediterranean, Instant Messaging and batteries used to power electric cars, to name just two. Israel is the only place in the Middle East that shares our American values: It is the only nation in that part of the world where it is legal to be a member of the LGBT community; where women are not shamed into subservience, and can even become Prime Minister; where people of all faiths—Christianity, Judaism, and Islam—are guaranteed freedom of faith. And so to defend and secure Israel is to protect our modern way of life.

This is the message that we as a club have been sending, whether it be through inviting a former Israeli soldier to speak about what it’s like to be openly gay in the army to hosting former religious extremist-turned Zionist Kasim Hafeez, or even having terrorism expert-turned-Israeli politician Anat Berko come speak about the psyche of female suicide bombers. Having figures like these come to campus gives students the ability to come face-to-face with what Israel is all about, instead of just resorting to what the media portrays. It takes a place 5,000 miles away, in a part of the world most of them have never been to, and brings Israel straight into a cozy classroom. Sometimes, mainstream news can make us think that Israel is an exotic country, where missiles fly with reckless abandon and where buses blow up as a result of unadulterated nationalism. It the goal of my club to dispel such myths, and to show that the country is full of real people living real lives that, though sometimes facing tough problems, are for the most part just like ours.

I feel that the success of the club will be my lasting footprint here at Chestnut Hill. I have followed my own unique path here at BC, dedicating my time to what I felt I could identify with the most. As a member of the aforementioned small Jewish community at the school, I have found a way to retain my identity through Eagles for Israel. I am proud to be an activist for Israel, for my heritage.

Albert Barkan is a guest op-ed columnist for The Heights and is the Co-President of Eagles for Israel, as well as the BC Fellow for the Committee for Accuracy in Middle East Reporting in America