Home » Passenger’s Latest Album is Broken as the Morning, Washed Up as the Sea 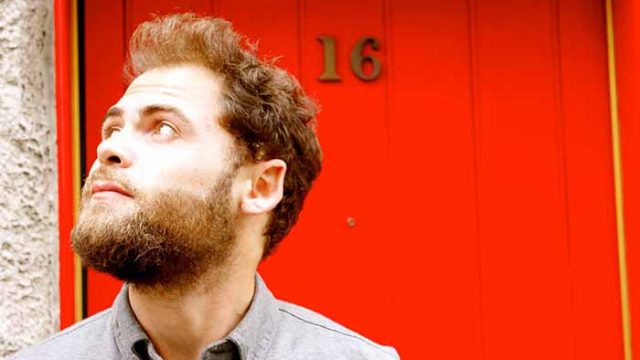 Passenger’s Latest Album is Broken as the Morning, Washed Up as the Sea

Sometimes fatigue is a two-way street for musicians and their followers. After a long stretch of time, artists become weary of their own projects, and by no fault of their own, longtime listeners get tired of hearing them. It’s okay when this happens, because it’s a natural part of the artistic process—but when it does, it is time for the artist to step down and out of the spotlight.

This is where Mike Rosenberg, also known as Passenger, finds himself with the release of his latest album, Young As The Morning, Old As The Sea.

Even the title of Rosenberg’s newest work is classic Passenger. The title, Young As The Morning, Old As The Sea, admittedly, entirely represents what it actually is: pseudo-philosophical insights without much depth. And there is nothing inherently wrong with this—in fact, Rosenberg often plays on the relatively common trope of easy-listening folk rock, and has produced wildly successful albums in the past. Eventually, however, the formula wears itself out.

Young As The Morning, Old As The Sea makes for a striking comparison with 2012’s All The Little Lights. Rosenberg’s keynote album, released four years ago, reached instant popularity because of its soothing melodies combined with introspective songwriting. “Let Her Go” is the shining example of Rosenberg’s work—it pulls on the heartstrings of long-lost love, even though it does not challenge audiences’ perceptions of what folk rock can be.

Young As The Morning, Old As The Sea seems to walk the opposite side of this line. Certainly, Rosenberg has not broadened his musical stylings through his work under the Passenger pen name, but does he still write with the incisiveness that made All the Little Lights the work of art that it is?

The title track Young As The Morning, Old As The Sea begins with this stanza:

“I wanna lay by a lake in Norway / I wanna walk through Swedish fields of green / I wanna see the forests of Finland / I wanna sail on a boat on the Baltic Sea.”

This snippet of a lyric is not exactly a shining light of writing mastery. Unfortunately for fans of Passenger, this isn’t even an example of the album’s weakest songwriting—truthfully, it’s one of the stronger parts of Young As The Morning, Old As The Sea. This is a steep fall for the man who produced All the Little Lights. Even the song named above doesn’t ever seem to find its footing—the rest of the lyrics revolve solely around Rosenberg listing the places he wishes to visit. Perhaps there is some intended deeper meaning, but if so, Rosenberg fails to convey it in a major way.

It’s no joy to criticize an artist with such high levels of potential and established former successes, but the truth is that Young As The Morning, Old As The Sea is a mess in the most disconcerting of ways. Rosenberg seems to have a theme in mind, but he never fully fleshes it out. Each song vibrates with the echoes of the songs that came before it, but rather than enhancing the experience, it detracts from it. Young As The Morning, Old As The Sea lacks any real originality, and, it is starkly clear that the album fails on all fronts. The music lacks direction, the writing is shallow, and most saddeningly, Rosenberg fails to challenge himself in any form or fashion.

It is a lesser-known fact that, before Rosenberg’s solo career, Passenger was a quartet (and sometimes a quintet). From 2003 to 2009, four or five band members produced music under the name Passenger. In October 2009, however, once each musician ran out of ideas for the project, the band broke up. Rosenberg stayed behind to man the ship, producing some undeniable masterpieces, but now the name of Passenger finds itself in the same place it was in seven years ago. Rosenberg, it appears, has run his well of ideas completely dry. As it should, the band has a history of parting ways once its time has come. And though some may disagree, it seems as though Passenger’s time has come once again.

passenger young as the morning old as the sea
Dirty Projectors, GoldLink, and Hamilton Leithauser This Week in Singles
Historic Roots Unearthed in ‘1916: The Irish Rebellion’ Documentary

5 COMMENTS ON THIS POST To “Passenger’s Latest Album is Broken as the Morning, Washed Up as the Sea”