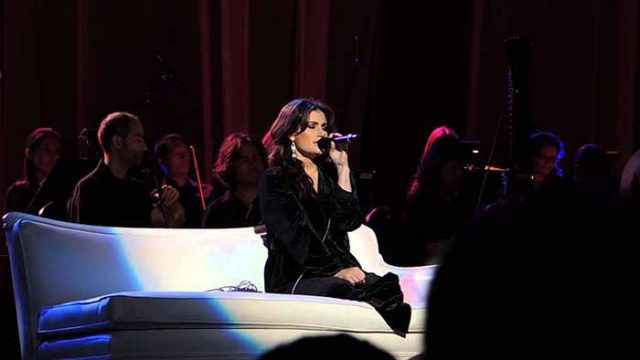 Idina Menzel Embrarks on Another Solo Album, Cannot Let Go of Past Successes

Idina Menzel—Broadway star, Frozen snow queen, and widely recognized vocal powerhouse—released her latest pop album last Friday. While Menzel has been no stranger to the music industry for quite a while now, idina. marks her first mainstream studio album release since 2008 (she most recently released a holiday compilation in 2014 and a symphony live recording in 2012). There’s no question that the 12-track album captures the essence of what Menzel has come to symbolize for most of her listeners—power ballads that give her huge vocal range and mind-blowing control all the chance they need to show off. But while it’s undeniable that Menzel has mastered her niche, a full listen through the album leaves something to be desired in ingenuity, freshness, and vulnerability. It’s an excellent vocal achievement, no question, but for those hoping for something new to fall in love with from such a talented vocalist, idina. leaves much to be desired.

It’s not so much that the pillars of the album—swooping ballads with crashing symphonic choruses—are poorly composed, it’s that they’re all decent enough to enjoy in the moment, but difficult to differentiate once the last chord fades. “Small World,” “Like Lightning,” “I Do,” and “Show Me,” among others, all seem to echo the same, slightly varied sentiment of Menzel having been deeply wronged and just now, finally and gloriously, finding her way to fight back.

The singer has publicly discussed the influence of her divorce on the writing of this album, shedding a little light on the apparent common thread, but the effort to reinvent and reignite her empowerment on each track falls just short of fruition. Other efforts have a catchy, powerhouse sound, but fall on contrite lyrics that undermine all the vocal mechanics Menzel so expertly tackles. “Queen of Swords” comes to mind in this category—another tale of learning lessons and shaking off the naysayers which holds the promise of a smooth, spacey ’80s backtrack, but loses out to lyricism that feels amateur with lines like, “I’m slaying like the queen of swords.”

All of this boils down to a kind of non-critique that runs rampant throughout the album: it’s too perfect. “Everybody Knows” is a great example of this, starting out with an electric hum that feels like it may have something new to offer. All too soon that pulse-beat moves to a chorus that, though high-energy and electric, leaves one longing for a little grit, an emotional break in the voice or riff gone off the rails with exuberance. Much of the album—a technical achievement, no doubt—descends into similar fallbacks on safe, familiar images and clear Broadway roots.

It’s worth noting that this trend cannot be said of the entire album. “Perfect Story,” “Extraordinary,” “I See You,” and “Last Time,” all overcome the occasional sappy lyric to strike a strong note in the unexpected arena of genuine vulnerability and feeling. In these tracks, the drums are stripped down, soft guitar and fragile piano notes rule the game, and choruses show satisfying and heartfelt restraint. “I’ve probably had too much to drink,” opens “Extraordinary,” and the bashful admittance along with the weak high notes that come afterward are some of the points on the album that feel most real.

Though the album struggles to balance the monotony of power ballads and the reinvention found in breaking things down a little, it does throw a few curveballs into the mix. These too are high points, breaking up the stream of one after another retribution tale with tracks like “Cake,” which are as delightful as they are random. That track is short and sweet, serving up a slow, rambling, synthy warble that somehow feels a little spaced out and a little rockabilly. “Nothin’ in this World” is a crowding around the last summer campfire, slow-dancing in bare feet, clap-along kind of song, another welcome plot twist.

The joy each of these tracks gives when arriving to break up the epic tales of the wronged, the down-and-out Menzel, reflects the takeaway from the album as a whole: The talent has never been of any question—now let’s see whether Menzel can surprise us with it a little more next time. 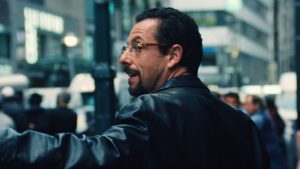