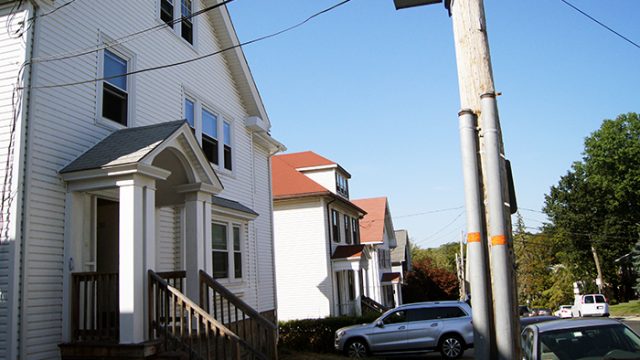 The tenants of 249 Foster St. were home watching television Tuesday night when an intruder stole two laptops from two different bedrooms on the first floor of their house.

Since five of the eight tenants were home, the boys left the front door unlocked.

The intruder entered the house between 9:30 and 10:30 p.m., Chris DiMartinis, one of the tenants of 249 Foster and MCAS ’18, said, because when one of his roommates went to start his homework at 10:30 p.m., he noticed his laptop was missing.

He told his other roommates, and one of them realized his laptop was missing from his desk.

The police told them, Kevin Lahiff MCAS ’18 said, that off-campus break-ins are common, but usually the intruder does not enter when most of the tenants are home.

Lahiff said that the police were hesitant to point any fingers or come up with a hypothesis for what happened.

“It was just a little sketchy, we didn’t expect it to happen like that, if at all.”

“They just said, ‘You should have locked your doors,’” he said.

They usually lock their doors, he said, but they didn’t lock the front door when they were all home watching television.

Lahiff said the BCPD officers didn’t give them a police report, which they could have used to explain to their professors why they were unable to do their homework.

BPD officers then came, and they were much more helpful, Lahiff said. The officers did file a report, according to Lahiff.

BPD was not available for a comment. BCPD did confirm that there was a breaking and entering report filed on Foster St. Tuesday at 11:17 p.m.

This break-in comes in a string of off-campus intrusions. The most recent break-in happened last week at 242 Foster St., just a few days after two men were found trespassing at 235 Foster St.

“It was just a little sketchy, we didn’t expect it to happen like that, if at all,” Lahiff said.