Home » ‘Deepwater Horizon’ Is a Mundane Mess of Tar and Noise 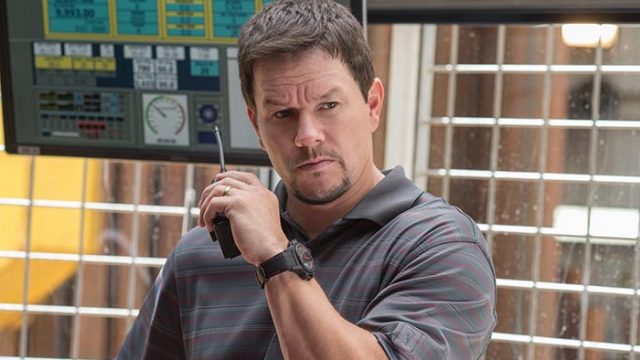 ‘Deepwater Horizon’ Is a Mundane Mess of Tar and Noise

Mark Wahlberg should really know better. How many scripts do you think he reads? Probably a lot. Deepwater Horizon was never going to be a movie that cared much about dialogue, so I’m not saying that he picked a poorly-written script. There were a couple conversations in the movie that actually seemed so quick and sharp that I probably would’ve been impressed, if I’d understood a single word he or anybody else had said. No, I’m saying that Wahlberg picked a script that should never have become a movie.

That’s right: not only is Deepwater Horizon miscast, tone deaf, loud and flashy yet somehow boring and slow, confusing, poorly acted, and generally overwrought—it’s wholly unnecessary. But even if it were a worthy subject, it would still be pretty bad.

Big Mistake Number One: Everybody knows this story already. In 2010, an oil rig in the Gulf of Mexico exploded after some (huge) missteps by a grossly negligent team from BP that was behind schedule, way over budget, and just trying to make some cash. A couple hundred million barrels of spilled oil, nearly incalculable ecological and economic destruction, and billions of dollars in fines later, and people think of Deepwater Horizon as right up there on the stupid scale with Watergate and whoever greenlit Cars 2.

Big Mistake Number Two: Despite attempts at hero-worship, Deepwater Horizon does little to add to that story. Wahlberg plays Mike Williams, the chief electrician for Transocean, the company that owns the rig and rents it to BP. John Malkovich is BP bad guy Donald Vidrine. Kurt Russell, as Williams’ boss, Mr. Jimmy, is more mustache than man, but the executives behind the movie might as well just put Kurt Russell in it, because why not? Kate Hudson is Felicia Williams, Mike’s wife, and she’s only here because in addition to the physical stakes of maybe, like, dying in a fire, Deepwater Horizon needs to remind people every 15 or so minutes that oh yeah, he has a wife, too. Hope he makes it out OK. (Fear not, audience, Marky Mark will never die.)

And it goes as you’d expect. Vidrine, who Malkovich plays with an impenetrable Southern accent that somehow still sounds exactly like Malkovich, wants to make his bosses happy, so he pushes the rig’s crew to drill, against the advice of Mr. Jimmy and Williams. The story is told from their perspective because you need somebody to root for, which is fine. But here’s the thing—the whole movie basically hinges on a fairly routine conversation (Malkovich: “Pls?” Russell: “No.” Malkovich: “Let’s just do it.” Russell: “OK maybe.” Malkovich: “Ty bb lol.”) and there just isn’t enough tension between BP and Transocean to really make Vidrine the villain. He comes off as greedy, yes, and negligent, but so does Transocean. He’s also barely in the movie once the rig explodes. Deepwater Horizon is less cops and robbers and more robbers and the guys who drive the getaway van, except it’s clearly not supposed to be that way.

But Williams is literally sitting in his office while all the conflict is happening, and doesn’t come out until right before the thing explodes, at which point he still doesn’t do that much. Why are we supposed to love and believe in him when we barely know him?

Deepwater Horizon reaches for emotional investment, but there isn’t enough build-up, and so there is no pitying that can be done, only head-shaking. And after it reached for emotional investment during all the action, the movie assumes it succeeded—and because it didn’t, the ending, the tearful homecoming, is more worthy of a shrug and a “hang on a second” than tears. Where is the consciousness? Why make a movie about something so political, try to make it emotionally compelling, and, having failed at that, not at least address the politics of the thing, not even walk through BP’s much-deserved day in court?

Some smaller mistakes: At the beginning, when they first catch sight of the rig from a helicopter, an Unnamed Stupid BP Person says, “Anything that big oughta be made by God.” Oh, I get it! It’s like they’re tempting fate! Thanks y’all. Also, believe it or not, there’s a girl in this movie—a total genius mechanic played by Gina Rodriguez who seems like she has a major role … except the first thing anybody says to her is, “Are you still dating that skinny guy?” To the movie’s credit, she doesn’t engage him, but then she doesn’t have a line for, like, 40 minutes, so…? And Deepwater Horizon completely, obnoxiously, unforgivably sins when, three seconds before the rig blows up, Mr. Jimmy gets an award from BP for safety. Ugh. Sigh.

What movie should they have made? Something about the inner turmoil at BP and in the government after this thing went down, a well-researched, flawlessly written behind-closed-doors account of power politics, maybe even a courtroom drama. People would watch the hell outta that movie. Don’t waste your time on this one.