Home » Despite Logistical Hurdles, the BC Baking Club Satisfies the Sweet Tooth 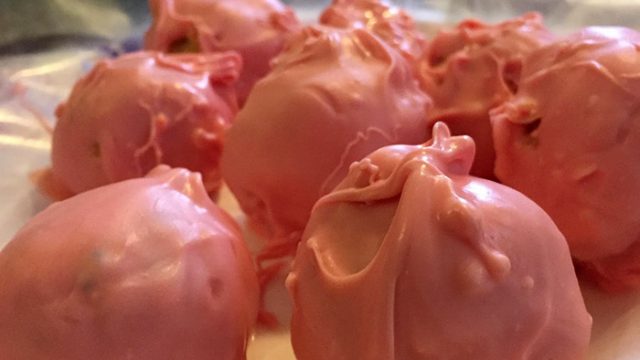 Despite Logistical Hurdles, the BC Baking Club Satisfies the Sweet Tooth

The club sprang into action last Sunday for the first time this school year, when it hosted its first baking event.

The theme of the event? “No Bake.”

As the name suggests, the challenge was to create delicious dishes without the use of an oven. The club created treats such as s’mores, cookie dough pops—Reese’s pieces covered in cookie dough—cake pops, Rice Krispy treats, among other desserts.

Unfortunately for the club, baking without an oven is a challenge they must contend with every time they bake on campus. While there are plenty of ovens on campus, the club has had no access to these ovens since its inception.

Victoria Rizos, president of Baking Club and MCAS ’18, noted that this has been a restraint for quite some time now, and particularly an obstacle when it comes to accommodating the entire group.

“It would be a lot easier if Baking Club could have a multi-oven space,” Rizos said. “Somewhere we can store our supplies, ingredients, and run our events. This would enable us to host more members at a time.”

In the past, the club has attempted to contact the administration about getting access to an oven on campus. Specifically, the club has tried to use the Vanderslice Hall oven, which is currently broken. In addition to the use of the oven increasing the number of dishes they could make, Vanderslice’s central location would make it much more logistically convenient for interested students.

But the administration has been unable to help the club in its quest to use ovens while on campus. BC officials have been quick to inform the club that it would be both too costly and too much of a hassle to fix the oven.

Members of the administration have since proposed the idea of allowing the club to use the oven in the O’Connell House this semester. Now, the club is looking into this possibility.

In order to confront this difficulty, the club often hosts events off campus in members’ homes. This is done particularly in the interest of getting access to an oven, but also allows crucial access to refrigeration. Boasting a 40-member roster, with many more on the waiting list, the club requires large quantities of ingredients—and refrigerated storage space—to help students make the perfect dish.

In addition to these facility restraints, there also exists the logistical issue of obtaining the enormous amount of ingredients necessary. While BC provides the funding for ingredients, transportation of the large quantity of raw material to and from the grocery store is an issue that the club has had to cope with.

Though these challenges are plentiful, Rizos said tackling these obstacles makes the club an even more close-knit group.

“Since our bakers are working in teams of three to four with people who they might not necessarily know, board members will go around and help facilitate conversation,” Rizos said of the events. “After a couple of minutes, everyone is off chatting on their own. Since our events can sometimes run upwards of two hours, we find it important that everyone gets to know each other to strengthen our baking community.”

In addition to baking, this semester the club is looking to explore the deep culinary tradition of Boston by taking frequent excursions into the city. Of particular interest to the club are the so-called Cannoli Wars that take place in the North End of the city.

These historic rivals, both located on the famous Hanover Street, have inspired a fierce debate in the baking community—one that is not taken lightly within the ranks of the Baking Club.

Club members are eager to weigh in on the debate, and perhaps try their hand at making their own cannolis later in the semester. Either way, a meeting of the BC Baking club is sure to be a sweet time.

Photos Courtesy of BC Baking Club