Race is one of the most contentious topics of conversation in our nation today. Across the country, people avoid discussing race for a variety of reasons, from a fear of insulting those around them to a desire to maintain structures of prejudice that benefit some and oppress many.

On Sept. 20, the Massachusetts Supreme Judicial Court started a new race debate with its ruling in Commonwealth vs. Jimmy Warren. The court’s ruling recognizes the implicit racial bias present in the criminal justice system.

The ruling states that black men being pursued by police have legitimate reason to flee—flight is not an immediate sign of guilt, but rather may be an act motivated by a sense of fear or desire to avoid racial profiling. In Boston and around the country, reactions to the ruling are mixed, ranging from praising the courts for recognizing the bias, to condemning the courts for basing their ruling on a study that was heavily biased against police.

Just a few miles from Boston, in a wealthy suburb of the city, the race debate continues at Boston College. This past week, members of the Graduate Pride Alliance, the GLBTQ Leadership Council (GLC), the AHANA Leadership Council (ALC), the Council for Students with Disabilities (CSD), the Graduate Students of Color Association, and the Graduate Student Association organized a solidarity march in light of a hate speech incident that occurred in the Mod Lot on Sept. 17. This march comes the year after several protests marked the University campus, particularly in the latter half of 2015, when there was a protest at a Ta-Nehisi Coates talk, a rally in support of events at the University of Missouri, and a series of Christmas-themed rallies.

This Thursday, the march’s mission statement, according to its Facebook page, was as follows: “We stand with all queer students, both out and closeted, students of color, and students with disabilities, to affirm their right to live authentically both on and off this campus. With this march, we lift up the voices of those who have been silenced.”

By coming together, students recognized the intersectionality between various forms of oppression, whether it be related to sexual identity, gender, or race. Yet many marginalized students on Boston College’s campus feel that many of their peers do not empathize with or try to understand their experiences of oppression.

“I hear about students trying to negotiate the feelings of being the only person like them in class or on their floor,” said Inés Sendoya, director of the Thea Bowman AHANA and Intercultural Center (BAIC). “They’re wondering whether their peers in the majority understand their experiences and even care to try to understand them.”

How does a student feel when racial slurs are shouted at her as she walks through the Mods, when she is spit on while calling for peace, when she is stared at for not fitting the mold of the stereotypical BC student?

Akosua Opokua-Achampong, chair of ALC and MCAS ’18, has experienced this hate firsthand. As chair of ALC, Achampong works to make BC a more inclusive university. Yet for her and her peers, the fight for inclusivity has been an uphill battle. For many students, last week’s incident in the Mod Lot represented a tipping point.

“Students looked at me and said, ‘People are dying, people spew hate around our school, nobody cares about us—no one knows what we’re going through,’” Achampong said. “What do we need to do to humanize each other?”

Opokua-Achampong was part of a group that organized the solidarity march.

“It was lovely to see people embracing things about them that others have always demeaned,” Achampong said. “We are an institution with great intention and great values, but we don’t recognize that groups have been marginalized. Why are we still having these conversations over and over? We are not seeing any action, any change.”

For several years, a variety of organizations at BC have worked to inform the student body about race and spark discussions about difference.

As an anti-racist organization, FACES is committed to educating the BC community on matters of race, identity, and systems of privilege. Through discussions and academic forums, FACES fuels dialogue and hopes to empower the elimination of structured inequality, discrimination, and racial polarization on campus.

“Our purpose is education,” said Hailey Burgess, a FACES Council member and MCAS ’19.

Among the student body, organizations like FACES and ALC bring speakers to campus and hold events to keep conversations going. Furthermore, BAIC provides resources and spaces for students to discuss racial issues and find support in the BC community.

“We see the Center as a place where different cultures come together, where students learn from each other’s experiences and where they gain intercultural skills, hence the ‘intercultural’ in our name,” Sendoya said.

The BAIC offers a wide variety of programs and services for students, including Racial Identity Development Experience (RIDE), a conference scheduled for Jan. 13 to 15, 2017.

Furthermore, the BAIC is currently celebrating Hispanic Heritage Month. In collaboration with the Winston Center for Leadership and Ethics, BAIC will host Christine Chavez—the granddaughter of Cesar Chavez—to give a speech regarding the topics of civil rights, social justice, and labor equality. The event is scheduled for Oct. 11 at 6 p.m. in Gasson 100.

However, Sendoya and the staff of the BAIC believe the University can still improve.

“We, as an institution, need to continue to provide spaces for students to come together, have dialogue about the ways in which they are similar and different, and understand each other’s experiences,” she said. “Students, especially those who are not used to having these conversations or being in those spaces, also need to be courageous to place themselves in those uncomfortable spaces.”

Both Achampong and Burgess noted that often, the same students involved in the same organizations are working to improve the racial climate at BC, making the widespread education of the student body difficult to achieve.

“Solidarity only comes as a result of many people carefully listening to the experiences of others, reflecting on their own experiences, and acting accordingly,” Sendoya said. “This is what Jesuit education is about.”

And that Jesuit education is slowly shifting to become more inclusive. Collaborating with administrators and professors alike, Min Hyoung Song of the BC English department works to develop new classes for the core curriculum.

“We ask ourselves, ‘How do we take these requirements and make them more meaningful for students?’” Song said.

In order to make courses more meaningful, Song and other professors have proposed diversifying curriculum to include more perspectives of minorities, especially people of color. In March, African and African Diaspora History Courses were added to fulfill the history requirement in the core curriculum.

Song is the current director of the AASP. This spring, a new course called Asian American Experience will be offered to all University students. The course will address the role of Asian Americans over the course of history.

“We hope that many students, both Asian American and not, will use the course as an opportunity to discuss how Asian Americans have been racialized over time,” Song said. “What does it even mean to be an Asian or an American? How does race work in a porous environment like the United States?”

Although the University is making strides toward diversifying curriculum, Song believes further steps need to be taken in order to be a more inclusive and educated community.

“We want our students to be prepared for the world they’re going into,” he said.  “But the biggest problems of the world today can’t be faced without addressing issues of racial inequality.” 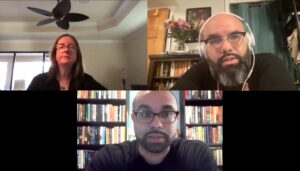