Home » Mountains and Music: Getting Sentimental with Rusted Root 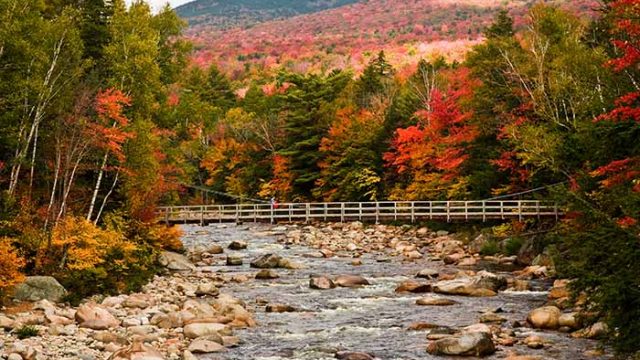 Mountains and Music: Getting Sentimental with Rusted Root

I love autumn. There, I said it.

Now, before readers erroneously pin lame pumpkin spice lattes and other autumn-associated clichés on my reasoning for savoring this particular season, hear me out. First, I’d like it on record that in a battle of fall’s traditional seasonal flavors, a pumpkin spice something-or-other has absolutely nothing on a classic caramel apple cider. This—a scientifically-backed fact, I’m sure—should not be disputed. Second, and most importantly, I consider myself a fall fanatic thanks to creaky log cabins, large family reunions, and one quirky melody  will undoubtedly remain forever embedded in my memory.

There’s a funny little song out there—a jaunty and inviting number nestled comfortably in nearly every one of my current Spotify playlists. Iconic and easily identifiable within the first few notes, it’s a charming ’90s chart-topper peppered with yearning vocals, high-pitched flute solos, and a carefree kind of vibe that seeps seamlessly into the context of a road trip. Specifically, I’m alluding to the annual two-and-a-half hour drive from my small Massachusetts suburb to an even smaller New Hampshire village—an autumnal migration made with my mom’s side of the family every October since I can remember.

Much like the bizarre elements that combine to create such a unique track, the song’s accompanying video is nothing short of eccentric. Cloaked in earth-tone Apache blankets, wielding tambourines held tightly at the far end of flailing arms, and sporting some questionable fashion trends which thankfully never survived the turn of the century, the band’s members skip merrily around, their intertwining paths creating wayward patterns in the dry, Midwestern dust. The lively song and dance is plastered against the breathtaking majesty of a Badlands background located somewhere in South Dakota.

For most, the guttural vocals of lead singer Michael Glabicki are virtually incomprehensible. It is a music video that, once viewers get past the initial shock of Glabicki’s ketchup-and-mustard colored suit, seems whimsical and otherworldly in a spiritual sort of way. As childlike and odd-sounding as Rusted Root’s “Send Me On My Way” may be, and as much as most of us might like to forget the fashion faux pas of a decade long past, that doesn’t mean it’s not a damn good song.

The song, one which has thrived in the music world for exactly the same number of years as I have existed in the human one, is a track that I always associate with my family’s yearly Columbus Day trip to a small cabin burrowed in North Conway, N.H. Each year, just before arriving at our destination, we would pass through a certain segment of the mountain range where we’d be treated to the most astounding representation of a true new England autumn.

Often, the song would blast through our trusty Toyota Sienna’s speakers while we gazed at the scenery outside, overwhelmed and dazzled by the White Mountains that seemed to envelop and swallow our car whole. Small lakes located sporadically along our route sparkled bright with the light from a warm October sun, and the fire-hued foliage dotted the mountain range brilliantly like a bona fide Impressionist painting. The song played on as we craned our necks in order to see out of every window in the car.

And that was just the ride there. The ensuing hours of the weekend were marked by scenic hikes and afternoons spent at Story Land. Flag football was played when we weren’t watching Red Sox playoffs or Patriots games. Eventually, we got older and the cabin seemed to shrink in size. No longer could the 30 of us exist comfortably in the small square-footage of the cabin. We relocated to a condominium complex in Bretton Woods, where the regal Mount Washington Hotel—which we were afforded full access to—sat a mere five-minute shuttle bus ride away. For years, Columbus Day has marked my favorite three days of every year.

Already, I’m craving the liberating sensation of being entirely removed from the stresses of school—a feeling derived simply from being surrounded by little more than family and forests.  I have grown to appreciate and expect a familiar sense of serenity that overcomes me whenever Columbus Day weekend draws near.

This year, though, things will be different. I can’t make it.

I don’t like change. And frankly, having to break tradition for the first time is a little frightening. I’m not exactly sure what I’ll do without my annual October getaway.
Thankfully, though, with the help of a premium Spotify account and a replay button, I think I’ll be able to extract the familiar sentiment from a song I know. And thus my affinity for autumn will endure.