Norah Jones, Chainsmokers, and Niall Horan in Singles This Week

Chainsmokers, “All We Know”

The Chainsmokers have another hit on their hands with “All We Know.” Featuring the vocals of singer-songwriter Phoebe Ryan, The Chainsmokers highlight the talent of a relatively unheard of artist. Pairing reflective lyrics about the adversities of relationships with fun, cool background music, the single will be sure to have people on their feet but also contemplating.

The Grammy Award-winner is at it again with her latest single, “Tragedy.” In this slow, melodic tune, Jones pulls at the same heartstrings that have won her so many awards in the past. Showing off her vocals and her old bluesy style, the track is sure to be a favorite among fans.

Cue the high pitched adolescent screams. Niall Horan is back, and this time as a solo artist. “This Town” is the first song released by the musician, and keeps much of his original, One Direction essence. He does add, on the other hand, an acoustic twist that feels more authentic to the soul of the sweet-hearted Irishman, rather than the flashy numbers that made their way out of the band. 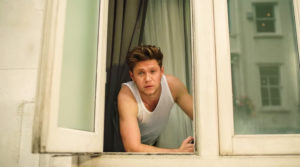