Home » Why I Decided to Leave Islam 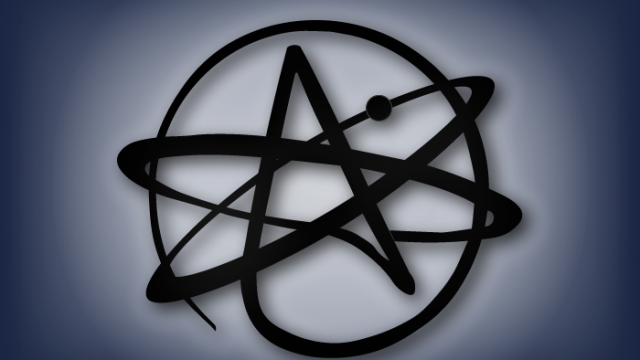 Why I Decided to Leave Islam

Leaving Islam, as other ex-Muslims (though I don’t like that term) will tell you, is much easier than some might think. I mean the part about deciding that you can no longer believe in the teachings anymore, not the part about actually telling your Muslim family that you no longer believe in Allah. Most ex-Muslims have had similar experiences. Once the seed of doubt has been planted, you slowly become more and more skeptical until what you think is true and what Islam teaches become irreconcilable and you simply let the belief go. The difficult part about coming out to your family and friends is where the journey for most ex-Muslims will take place.

I was a devout Muslim, without a doubt. I was born in Afghanistan, and fled to Pakistan after the Taliban took control of Kabul in 1996. Unsurprisingly, Pakistan isn’t any less blindly Muslim than Afghanistan. My early memories consist of Father going to the Mosque and taking my brothers and me along with him. Islamic holidays were adhered to, and they were a lot of fun. Friday prayers were a way of life, and the five prayers a day were just something everyone did. It was normal and expected from everyone. Never did anyone around me ever even in the slightest way question the notion that everything in Islam was 100 percent true. Why would they?

But this early upbringing had, as one would imagine, quite an impression on my childhood. I was told that Islam was the only true religion, and that all other religions were against God’s word. I remember clearly starting every school day with a prayer that everyone was taught to memorize. It was in Arabic, so I never understood any of it. In my first-grade class, we were taught how to pray and read the Koran, and part of our final exam was Koranic recitations. What is missing here is any knowledge of other faiths, or at least any knowledge that wasn’t presented in a neutral and disinterested way. One could forgive this as just a cultural phenomenon if it were not for the detrimental effect it has on the intellectual development of children.

It was not until several years after living in the U.S. that the first seed of doubt was planted. I went to a school where there were many other refugees like myself enrolled. This was very helpful for me as many of the other students there also knew almost no English, and the teachers took the time to explain things to us. But I had always had faith that what I believed in was the true faith.

A couple of years of living in the U.S., imbibing the new culture, and meeting many diverse peoples with different beliefs from my own created the first set of skeptical questions. How is it, then, that there are so many different religions in the world? Do they not know they’re all going to hell? Do they not believe in their religion as sincerely as I do mine? And these questions needed resolution. I found them certainly in some of the words of apologetics who used the Koran and some of its revelations to claim that Islam was the Truth. They pointed to certain scientific knowledge or philosophy. But as I became older, I gathered more intellectual as well as spiritual and moral courage to tackle these things head on. That’s something most theists do not always understand about atheists. Giving up a religion requires courage. And questioning a religion whose followers are not accustomed to being questioned on their faith requires quite a lot of courage. But it was not until I began to learn about the sciences that I finally knew that my intellect was at odds with my faith.

The theory of evolution by natural selection was the first time I came across a real answer to one of the biggest questions that kept me believing in Islam. Having mountains of evidence to look through, and a theory that was so exhilaratingly simple and yet profound, caused me to look for other sources of knowledge. I was entranced by the grandeur of it all. I came across new ideas about where the universe came from, and how certain scientific laws worked, and I knew that I had to test certain claims of Islam if I was going to believe in it. Slowly they all began to lose any credibility and power they possessed over me when I was young. I was not afraid to question any part of the religion. And by the time I was a teenager, I was an atheist at heart.

But to my parents, I was a Muslim. Some of my friends knew I was an atheist, others thought I was a Muslim. Around other Muslims, I wouldn’t dare question the faith. But it came to a point in my house that I would say things that seemed to poke holes in my parents’ faith, like why we weren’t allowed to eat pork, or drink alcohol. To save the boredom of the story, I finally told my parents that I was an atheist in an argument, and all hell broke loose. My parents didn’t know how to handle it. Father wouldn’t talk to us until we said we were Muslims and prayed. The word Kufar was thrown around to describe me, a word with unbelievable damning power behind it. Nevertheless, the moral, spiritual, and intellectual courage I had built up prepared me to stand my ground. I was not going to succumb to force.

Leaving Islam has probably been the best decision of my life. What has taken its place is a more honest search for truth or truths. Art, science, and philosophy have been a much better guidance, I realized, than anything someone might have said 1,400 years ago claiming irrefutability. What it culminates in is a much greater love for life, as you finally see it as it really is, rather than through the narrow and flawed lens of religious dogma.

‘Girl on the Train,’ R. Kelly, and Campaigns & Cartoons This Week in the Arts
We Need to Talk About Politics