Home » Though Movie Theaters Change, the Allure Does Not 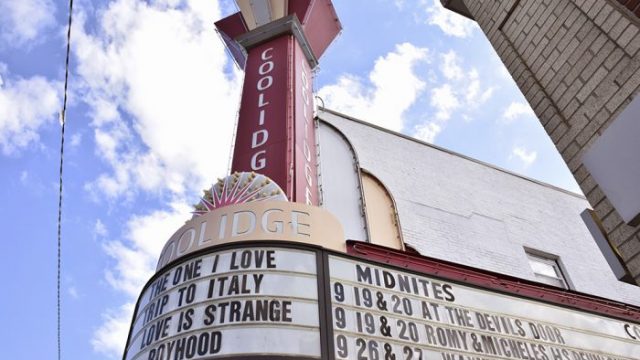 Though Movie Theaters Change, the Allure Does Not

There is just something about seeing—not just watching, but truly seeing things on a big screen—let me explain. Ever since I was a young child, weekend afternoons and nights were filled with trips to the movie theater.

There, I became accustomed to seeing every dust particle, loose hair, and wrinkle in the scenes I was watching (High Definition television sets did not existed back then), appreciating the musical score blasting through giant speakers that made my insides feel every base line, and enjoying the conversations before and after the screenings of whatever I was watching that day.

Movie theaters became like an extended home for me, and I developed a deep appreciation for both the craft and the locations that made those feelings so real. Unfortunately, young adults are going to movies 12 to 17 percent less than they have in the past.

The film industry and the tradition of watching the latest premiere on the big screen can trace back their roots to the 1890s and the invention of motion pictures. During the first decade, moving pictures were a novelty, and theaters began to soon fill to capacity with hundreds of individuals looking for an afternoon of jubilee, watching the latest silent comedies with stars like Charlie Chaplin. In a matter of decades, the industry grew exponentially into the behemoth it is today—an endless well of profits in which blockbusters can gross more than $1 billion worldwide.

Movies are their own kind of experience with their own particular traditions. As soon as you walk into a theater, the smell just hits you from every discernible direction, surrounding you like a soothing blanket of warmth and goodness—popcorn, popcorn everywhere. The attending crowds, both young and old, in groups or alone, queue behind the counters to partake in this decades-old tradition.

Following declining attendance nationwide, however, theater chains have begun adapting to meet the expectations of the younger generations. We have so many sources of entertainment competing for our attention that the traditional movie-going experience began to fall down the power rankings. It’s easy to see how many individuals would rather stay at home (usually with a home-theater surround system) and stream a movie through Netflix or Amazon Prime rather than spending the time getting to and from the theater.

I see things differently. I appreciate the aesthetic of the screening room: the stadium-style seats, ones that now are wider and more ergonomic, usually featuring reclining backs and foot rests. There is just something about sitting in a room with others that are all there for the same thing and share the same expectations: to be entertained, to have our emotions moved to both joy and sadness, to share a laugh with hundreds of others at a joke that will enter our banks of memory.

In the city, I find that those three nearby theaters—Fenway Regal, Coolidge Corner, and AMC Boston Commons—have become my sanctuary, a place to escape reality and enter a realm of disbelief where I can be anyone and be anywhere. Outer space? Check. Renaissance Italy? Check. For me, movies have become a part of my being, one that allows me to live 1000 lives, know 1000 individuals, and, you guessed it, visit 1000 places.

The beauty of the theater also lies in the conversations that take place inside their ornate halls—ones where classic posters remind audiences of the hits of years past—conversations about the films themselves, their meanings, and most importantly, how these moving pictures make us feel.