Home » The Problem of Shaming 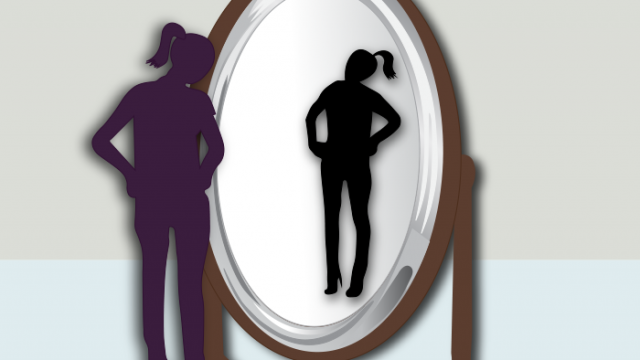 The Problem of Shaming

A few days ago, a friend of mine was standing in the salad line at the Rat when the man who was making her salad pointed at his shoulder and asked, “Sweetie, can you do me a favor?” Confused, my friend asked what he meant. Was there something on his shoulder? Did he need help carrying something? “No,” he replied, “your bra strap is showing and you should fix it.”

When I think of a favor, I think of tying my friends’ shoes in first grade, when they hadn’t yet learned how to tie their own. I think of helping my mom work the printer for the 100th time (despite color-coded, step-by-step, laminated instructions sitting atop the printer, courtesy of yours truly). Though sometimes begrudgingly, favors are things that we do for people to make their lives a little bit easier. Doing a favor for someone usually causes us to feel good, appreciated, and proud of our deed.

But I can assure you that my friend was feeling none of these things after pulling her bra strap under her sleeve.

Favor (noun): a kind or helpful act that you do for someone (definition courtesy of Merriam-Webster Dictionary).

As it was used in the Rat, the word “favor” has astronomical connotations. The most problematic of these is the suggestion that women dress to appease others, and as such, the opinions of others not only belong in the conversation of a woman’s outfit, but should dominate it. (I will be referring to women throughout this column as a reflection of the population that is most often affected by outfit shaming, but it should be understood that this type of shame is not exclusively experienced by women).

This, of course, is not the case. But if it’s not, then why did my friend pull in her bra strap?

Because, while nobody has the ability to make a woman change her clothing, people do have the ability to shame, and shame is the most cutting form of denigration. Shame assumes its power through patronization, a lowly source of influence that breaks down others in order to build itself up. Shame causes the shamed to question whether her opinion is right, or even valid. And when vulnerability and self-inquisition are met not with constructive, personal comments, but with destructive, outward convictions, the question “Am I wrong?” seems to have already been answered with a resounding “Yes.” Discouraged by her apparent deviance, the shamed ceases to question, and accepts the role of the inferior.

What is most problematic with the shaming process is that it validates the shamer. When exploited, the question “Am I wrong?” seems to be a statement of acknowledgment by the shamed—“You’re right and I’m wrong.” The shamer, thereby, assumes false power and influence in a realm that is surely out of his or her jurisdiction. The shamer is made to think that his or her behavior is good, and appreciated. They are made to feel proud. They are made to feel as though they have done the shamed woman a favor.

What the shamers don’t want us to know is that women do have agency in the shaming process. We have the ability to confront.

As we are prohibited from walking around naked (a law that is loathed as much as it is loved), clothes allow us a presence beyond the domain of the shower. Though only small portions of it at times (#bikiniszn), our bodies manifest themselves in clothing when we choose to engage with physical society. Though not all use clothing as a means of personal expression, the clothes that we choose to wear are, inevitably, deeply personal, as we allow them to stand in for our organic selves. So when a woman’s clothes are commented on, questioned, or critiqued, her presence in society seems scrutinized—she is made to feel like a spectacle. This is the shaming process at work. In times like these, the shamed must practice resistance to the petty forms of “power” oppressing them from above, and confront the self-informed opinions and assumptions of the shamer. The shamed, then, must make their voices heard in order to expose shamers to alternate opinions, thereby lifting their veils of ignorance, and doffing their plastic crowns.

For now, I’m happy with my mirror telling me how to dress, thanks.

What to Change About BC Dining
Considering Catholic Education