Home » Why So Serious? Trying to Maintain Your Inner Kid at College 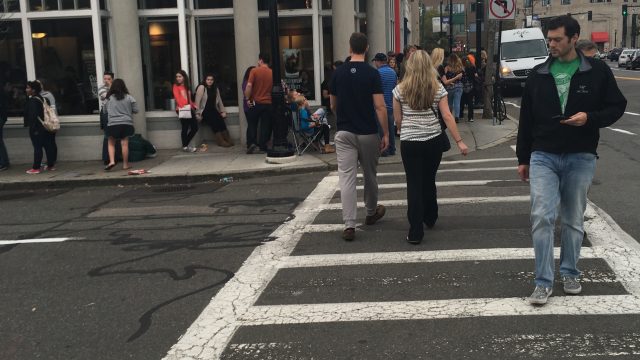 Why So Serious? Trying to Maintain Your Inner Kid at College

Sometimes all we need to remember that a young child still exists within us is to let ourselves believe it and remember those moments of unhinged joy and honest optimism. We become so immersed in our daily routine that we often forget to have fun, believing ourselves “too mature” to do anything remotely resembling anything a kid would do. To that I reply: “where is the fun in that?”

We are now at that part of the year when time seemingly picks up speed—days suddenly turn into weeks, which then morph into months. Deadlines, which appeared far off into the future, instantly congregate right in front of you, ready to force even the most secure and relaxed individuals to feel the burning pressure building up inside to the point of bursting. Anxiety, it seems, has becomes the hallmark of our generation, forcing many to look for ways to decompress and stay afloat.

Procrastination promptly seeps in, not as a neglect of responsibilities and obligations as it might have during our middle and high school days, but rather as a self-defense mechanism. Without a small break in between assignments, meetings, readings, and oh, those small and insignificant blemishes in our routines called exams, days become overwhelming. During these times where I find myself absolutely buried by work, I stop and ask myself, how have I become so involved in assignments and responsibilities that I forget to feel like a kid every once in a while?

This past weekend I had one of those moments. While walking around Coolidge Corner, as I often do during my weekends—if you haven’t done so, trust me, it’s worth the trip—I noticed something different about the place. The usually busy Brookline Booksmith bookshop had an enormous crowd queuing outside with people going all the way around the block. This is a sight that I have become accustomed to seeing in movies and in more urban areas of the country, but I had never seen it firsthand in Brookline. It piqued my interest.

I immediately went into the bookshop’s Twitter page—as a true millennial—to find out more about what was happening right in front of me (odd, I know). Soon, I encountered what I was looking for: actor, author, and Youtuber Joey Graceffa was making an appearance later that day. I had to re-read the information a couple of times just to confirm that my interpretation of the words was correct. A Youtuber making an appearance at a bookshop seemed really odd to me for some reason, especially because those in line were individuals ranging from 8-year-old girls to grown men with gray hair, and much of the content I encountered from Graceffa would fit into the “too childish” category of entertainment.

Now, I have spent more than a fair share of my time looking around the popular video-sharing platform and have seen it grow from a simple way to pass the time (we have all gone there looking for funny cat videos at some point, don’t lie) into a serious form of media in which the popular channels, including that of Graceffa, are money-making machines that generate thousands of dollars a week from advertisements alone, not to mention other commercial ventures these Youtubers engage in.

At this moment, something clicked. I realized I had been taking myself too seriously and thought that I was above such form of entertainment. A hypocritical thought, since I follow channels that produce content many individuals would also deem childish.

The concept of Youtube became an allegory for myself—someone who had his fun when I was younger and now sought to enter into more serious areas of society, only to discover that I had done so by utilizing the same mentality of my younger self.

Suddenly, the crowd erupted—girls screamed, parents cheered, and passersby stopped to look. Graceffa had arrived and brought with him an unbridled sense of joy. Little did they all know that I, one of those intrigued onlookers, found a similar feeling of satisfaction. No longer would I take myself so seriously, because after all, where is the fun in that?

DCNE’s Sensual “Body Moves” Video Blurs the Lines Between Flirty and Inappropriate
‘I Found Myself as an Activist for My Country:’ Avera on Struggles of Ethiopian Jews

ONE COMMENT ON THIS POST To “Why So Serious? Trying to Maintain Your Inner Kid at College”