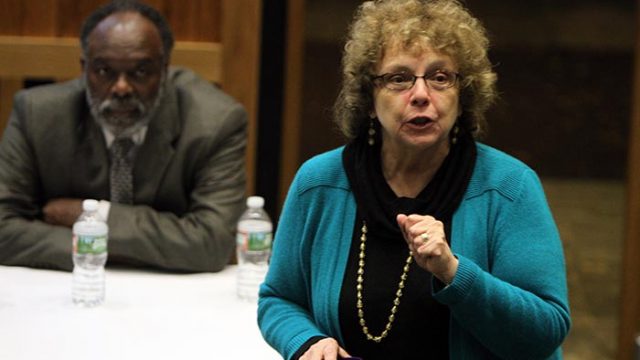 In 1937, a star football recruit chose to stay local and attend Boston College over the allure of the West Coast schools. Over the following years he would be one of the centerpieces of BC’s offense, yet would find himself on the bench or outside the stadium during the most important games. His name was Lou Montgomery, and he was the first African- American football player at BC.

On Thursday night in McGuinn 121, film professor Susan Michalczyk presented a screening of her new movie Lou Montgomery: A Legacy Restored. The movie showcases Montgomery’s life before and after BC, including interviews from Montgomery, his family members, and sports historians who have studied him.

Cai Thomas, BC ’16, worked on the film with Michalczyk as a co-producer. She also helped with editing, camera work, and finding archival information for the movie. After hearing about Montgomery’s story in 2012, Thomas knew she wanted to have a part in making his documentary.

Montgomery grew up in Brockton, Mass. He was a standout multi-sport athlete in high school, but football was always where he shined brightest. In 1937, Montgomery came to BC along with much of Massachusetts’s top talent. This formed the core of what came to be known as the “Team of Destiny,” that would lead BC to two consecutive, major bowl games.

Immediately following the screening of the film, there was a discussion between a panel of students, faculty, and alumni.

The discussion began with a plea for progress.

“The damage that happened to Lou is still happening today,” Michalczyk said. “And if your generation doesn’t take charge, who’s going to fix it?”

The conversation then shifted from the life and experience of Montgomery to a broader discussion on race in America and, particularly, at BC. The panel addressed the need for dialogue about identity on campus, and the difficulty students of color can have speaking up in predominantly white classrooms and spaces.

“When you’re … a minority student and the rest of the class is majority, it is very uncomfortable for you to approach everybody in that scenario,” Adisa Duke, BC ’15, said. “Specifically, there will be a change of topic right away.”

He said that discussions are often unwelcome from members of the class, who attempt to redirect the conversation to non-racial topics. His sentiments were echoed by the alumni present at the event.

The discussion then moved to the role young people should play in movements for social justice. Akosua Opokua-Achampong, chair of the AHANA Leadership Council and MCAS ’18, said that these should be especially pressing questions at BC, given the University’s motto “men and women for others.”

“The idea of allyship—to suffer with someone, along with them in their problem…,” Opokua-Achampong said. “It’s important to understand that, or to make the decision that you don’t want to live in a world where people are not treated fairly.”

Members from the audience spoke out about their experiences as AHANA students at BC. One student explained that she felt like a token Asian woman while working in admissions. She pointed out that she was always chosen to lead tours for other Asian or international students. Others agreed, claiming BC wants to be seen as a place full of diversity.

Donald Garnett, BC ’77, lamented what he perceived as the lack of dedication to the cause from students today. He described the various protests that dominated BC’s campus over the years, including the occupation of Gasson Hall in 1970. When asked a question about a rule requiring administrative permission to host a protest, Garnett was taken aback.

“We never had to get permission,” Garnett said. “We would have meetings and there was an issue that needed to be addressed. And I think even if we had to, if it was mandated that we needed permission, I don’t think it would have went over well.”

Near the end of the discussion, adjunct professor in African American studies Juan Concepcion urged students and faculty to understand race issues as complex social dynamics. He said that it was important to look at the way race has been defined throughout history, often serving to undermine democracy and the interests of poor whites.

“So, in many ways I encourage white people to think about what that means,” he said. “Because in many ways you, too, are captives of the system.” 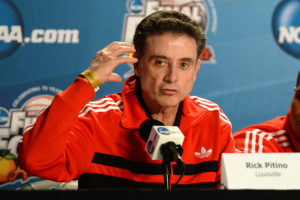 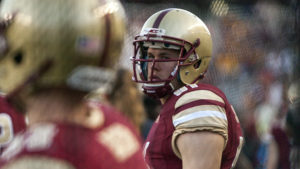