Home » The Need for Intellectual Diversity 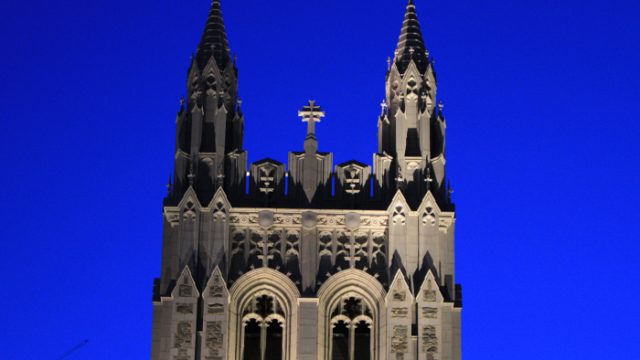 The Need for Intellectual Diversity

Nearly every college campus in the United States tries to achieve diversity. They seek to diversify, and will usually advertise their diverse student bodies on their brochures and websites. One of the reasons this trend has taken place in the U.S. is a belief that the more diversity there is, the higher quality of work they will be able to achieve. With a more diverse student body, there will be more diverse experiences, ideas, and abilities, which creates a better learning environment. I cannot find any reason to disagree with this logic. I do disagree, however, with what people consider diversity to be. For example, whenever I listen to people talk about diversity, it is always racial, religious, and gender diversity. This, to me, has very little to do with diversity and everything to do with the appearance of having different colors of people on a college campus. There is very little diversity in a man and woman who both follow the same religion and support the same political parties.

There is also little diversity in a student body that holds very similar beliefs about the world. When it comes to politics, for example, it is clear that many college students are liberal regardless of their race or gender. I then ask, where is the diversity of views? What possible conversation about politics could be had when people all hold similar beliefs? Furthermore, race is not a good starting point for creating diversity. This creates only the appearance of diversity and not the reality of it. We have used race to describe diversity, and created “diversity” based on race, sometimes ignoring the importance of intellectual diversity.

What is crucial here is not that racial diversity is meaningless, but that intellectual diversity is of the utmost importance. Often those who would use only race to create diversity divide the world based on race. The consequence of this has been that university campuses have more racial diversity and far less intellectual diversity in all aspects. Race and other forms of “diversity” have been put above that of intellectual debate. This has been seen in the movement for safe spaces and trigger warnings, the disinvitation of public speakers, and the attempted termination at universities of staff members that held different views. This is a very dangerous road that we are on, especially as it destroys the very thing that it claims to create. Anything deemed offensive is silenced and branded as “racist” (a term which I think is used far too frequently and incorrectly). This, of course, if one is following the logic, has created student bodies that largely think alike but look different, whereas real diversity rests on differences in thoughts and beliefs.

So how can we solve this situation? We must first begin to look beyond race as the defining characteristic of people. We must see the value of intellectual diversity, and place a priority on that aspect of a student body. This also allows for individuals to see themselves as individuals and not making up a certain demographic of the student population. Diversity also evolves as people’s ideas change. But with the onslaught of liberals on campuses demanding that certain ideas be banned or professors be fired, this evolution of diversity is hindered. People’s ideas evolve and change as they become exposed to new ideas and arguments. This cannot happen if the priorities of college students and college administrations are skewed toward not offending people so much so that it violates the rights of some to appease the hurt feelings of another. This is cowardly in every way. It lacks the moral and intellectual courage that should be required of educated young adults. As a result, very little diversity exists on our college campuses currently. It is going to remain that way regardless of how many different colors and flags are represented on campuses, unless our definition of diversity changes.

Furthermore, this view of diversity exacerbates the racial divide. How could it not when people’s understanding of difference is skin color? How can we hope to solve racial problems on campuses when race is put on such a high pedestal? With this environment on campuses, is it any surprise that “identity” has become such a crucial component of intellectual debate? I say we think of diversity not in terms of race or gender, but in terms of ability and intellect. Race and gender may inform our beliefs and viewpoints, but to start from one’s race or gender to create our viewpoint is erroneous. Unfortunately the latter has too often taken priority over the former on college campuses. As a result, we have far more gender and racial diversity and far less real diversity.