Home » Pretenders Bring Back Rock at the Right Time in ‘Alone’ 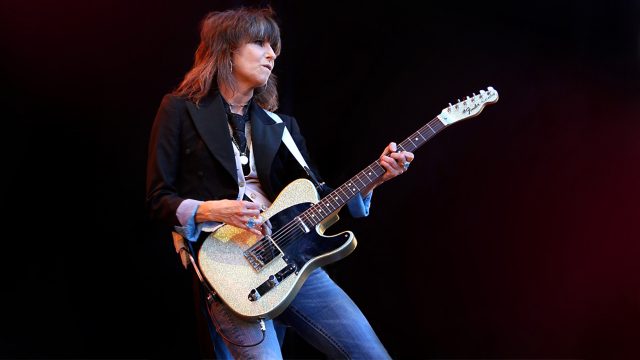 Pretenders Bring Back Rock at the Right Time in ‘Alone’

Originally intended as a Chrissie Hynde solo album, Pretenders’ Alone is a welcome addition to the band’s catalogue that spans over 30 years. Hynde’s story begins after leaving Akron, Ohio, in the early 1970s for the U.K., where she worked in London doing odd jobs and playing at clubs. With the advent of punk, she gained the confidence to start a band, which would eventually become Pretenders. The band’s first single release, a cover of the Kinks’ “Stop Your Sobbing,” was released in Jan. 1979.

Hynde, who grew up in “the greatest time to be a rock fan,” the 1960s, has always had a fangirl-like reverence for acts such as The Kinks and The Who.

Pretenders have undeniably always been Hynde’s band, but no event in the history of the band solidified this role more than the death of founding members James Honeyman-Scott and Pete Farndon in 1982. With two of the four original Pretenders gone, the lineup consistently changed. Perhaps it’s no surprise that the latest release is called Alone. On the album’s opening, titular track, Hynde sings, “I like being alone / What are you going to do about it?” The answer is, well, not much. At 65, one can safely say Hynde has had a successful career. Within rock’s history, however, she has not been afforded anywhere near the same respect as many of her male collaborators and contemporaries such as Nick Lowe, Elvis Costello, or Joe Strummer. While the aforementioned artists steered toward edginess in their careers, and ultimately received more attention (and still do), Hynde’s songwriting was more straightforward, but her talent has always been tantamount.

Though Hynde shouts she can “do what she wants,” on Alone, her reliance on producers and collaborators has been notable lately. On what was only her first solo album, Stockholm, which was released in 2014, Hynde worked with Peter Bjorn and Bjorn Yttling, whose Scandinavian folk-electronic influence is present throughout the album. Musically, Stockholm was Hynde’s most interesting album, but Alone doesn’t fall short comparatively. Still, one cannot help but wonder how the new songs would stand up acoustically.

Sharing both playing and producing duties, Dan Auerbach’s influence is immediately recognizable. Like any producer, Auerbach has a ‘sound,’ in this case reminiscent of ’60s textures of guitars and organs. Bluesy Black Keys’ guitar dominates the opening track, “Alone,” which features a Lou Reed-like vocal delivery from Hynde. Hynde gets sentimental on tracks such as “The Man You Are” and “Death Is Not Enough,” and it is here that she is at her strongest. With Auerbach’s emotive ’60s guitar swirls backing Hynde’s voice, “Death Is Not Enough” is undoubtedly the most somber track on the album. Not even self-deprecation, however, can save a song like “I Hate Myself,” which touts nihilism with lackluster humor. If there is one reason this album falls short of being one of the best Pretenders’ albums yet, it is the lyrical inconsistency that manifests between songs.

In terms of production value, Pretenders have never sounded better, which makes for a pleasurable 46 minutes of music—a point of contention for any album of this length in 2016. Though it’s been eight years since Pretenders’ 2008 release, Breakup the Concrete, one can be happy Hynde has abandoned the country-folk arrangements for a more layered, nuanced sound. Hynde has always been a self-described fangirl of early rock, and with Auerbach on guitar, Hynde seized the opportunity to put him to good use. The timing has never been more right for Pretenders to make a true rock record.

In some ways, Hynde has never been more badass—or self-aware. On “One More Day,” she sings, “I can’t keep up with the beat like I should,” a subtle reminder of how the aging rockstar has been putting out good albums for over 30 years. Even though she can’t keep up like she used to, at least she’s still trying.

alone the pretenders
What Would You Do If You Saw A Clown On Campus?
Vegetarian Food Festival Showcases the Benefits of a Sustainable Life 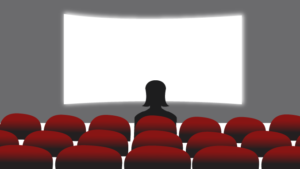